Airplane parts are here! The fuselage kit magically showed up at the hangar for us to begin work on.  The plans sequences the tail kit as the first kit to be built.  Once the tail kit is complete, the builder moves on to the wing kit and then finally on to the fuselage kit.  However, the plans are laid out for a single person building the airplane and the idea is to get them building the easier (and cheaper) parts first where they will gain experience on parts that are easy to replace if need be.  For a few reasons, the TeenFlight crew has decided to switch the sequencing around a bit to suit our needs.  With the last two projects we have progressed more or less with the sequence laid out by the plans.  The problem was that once we got to the fuselage section there was not enough work for a dozen students.  This required splitting the students up into two or three teams to come on alternating weeks.  By starting with the fuselage kit we hope to hit that "bottleneck" soon in the build process and be able to have the wing and tail kits available so there will not be a surplus of willing students and a lack of available work. 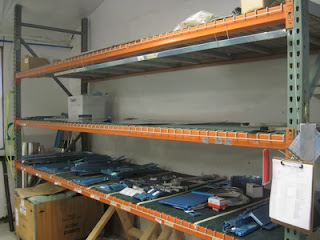 All the students finished their toolbox projects this week and now have the basic skills necesary to begin construction of the airplane. 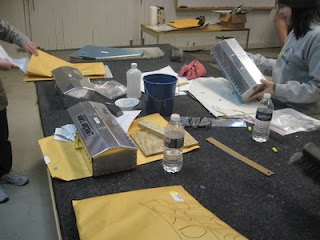 After inventorying the fuselage kit, the students were split up into four teams: Red, Blue, Green, and Purple.  Each team was assigned a specific place in the plans to begin work.  For the last hour or so of the day, we actually began to work on real airplane parts! 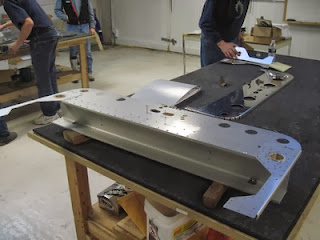 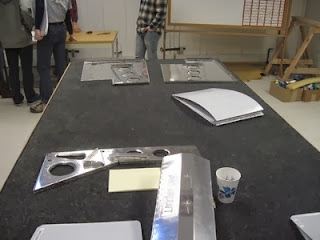