This Saturday was a very productive one at TeenFlight.  Yesterday marked the first day of assembly of actual airplane parts!  We made progress on four different areas: the forward lower fuselage, the baggage compartment, the center bulkhead, and the forward fuselage bulkhead.  As for the forward lower fuselage, prep work was performed on the firewall, tunnel ribs, and the bottom skin.  Mainly deburring, countersinking and riveting resulted in a temporary assembly.  The work in the baggage compartment consisted of deburring the baggage floors, ribs, and the seatbelt attach lugs.  Work on the flaperon mixer arm, the assembly that enables the use of the flaps, was also started and is coming along well.  As for the center bulkhead, the work mainly included countersinking, deburring, and match drilling for the alignment of the side bulkheads.  The work on the forward bulkhead also comprised of deburring and countersinking of the stub spar receptacles, or parts that reinforce the bulkhead.  A lot was accomplished today, so tune in next week for even more progress on the actual airplane! 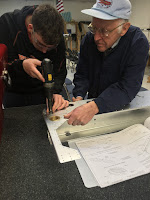 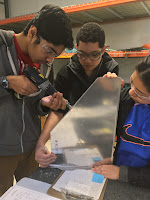 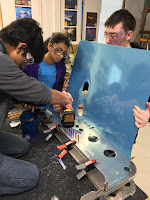 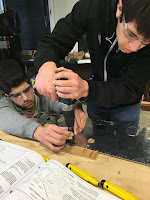 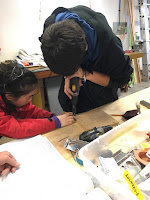 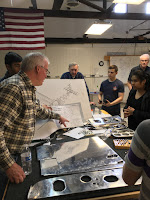 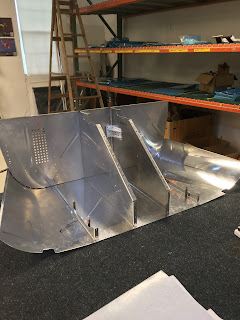 You can also check us out on our Faceook page:
https://www.facebook.com/teenflightpdx/
and on Instagram: @teenflightportland
Posted by TeenFlight Crew