We had 7 team members at our work session this week.
One of our teams worked on assembling and sealing the fuel tank and they got it about halfway completed. 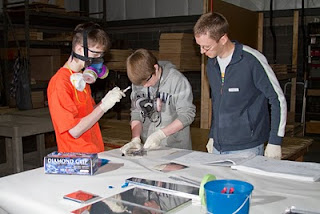 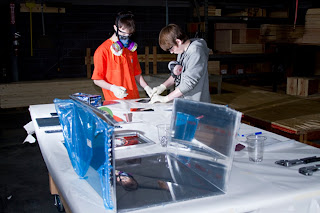 The rest of our team members concentrated on finishing assembly work on the fwd fuselage. It is now completed with the exception of the fwd upper portion and attaching the tail cone. 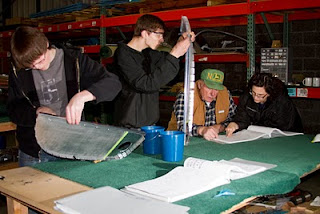 They prepared the interior for painting, and that will take place during this next week so that there is no interruption in work progress during the next work session. This is the first (and probably only) construction task that has not been completed by the team members themselves. 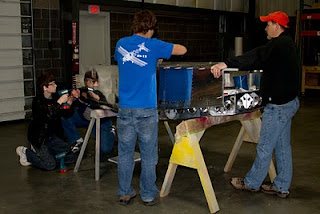 Next week we will install the fwd upper portion of the fuselage and then begin work on the cowling and canopy.
Posted by TeenFlight Crew