TeenFlight 2 has been working for forty Saturdays.  At ~ six hours per session times ~ ten builders = ~2400 man-hours of build time (plus weeknight sessions).  WOW!! That is a lot of time invested on this project in just over a year.

Anyway, when we arrived at the hangar on Saturday, we were greeted (not unexpectedly) by an exhaust manifold, some miscellaneous parts, and a long box that said Sensenich on it.  Around 11:30am Mr. VanGrunsven pulled up outside of the hangar with this in the back of his pickup. 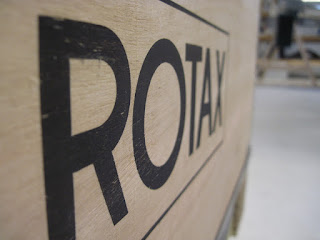 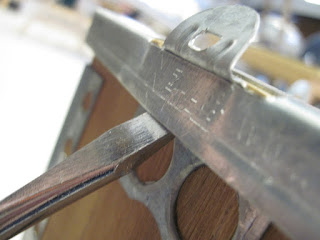 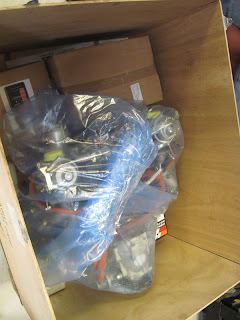 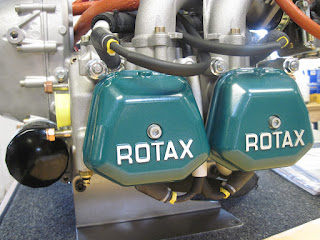 After un-crating it, we set it on the table and let it sit while we worked on finishing up other projects.  It would make a lovely (and very expensive) coffee table decoration. 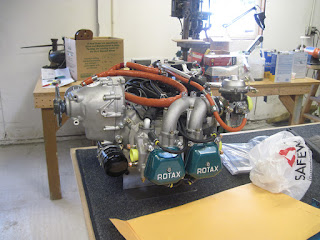 We finished the fiberglass lay-ups and applied the second coat of micro-balloon filler.  Then after lunch we peeled it off the airplane and got to work with the trimming. 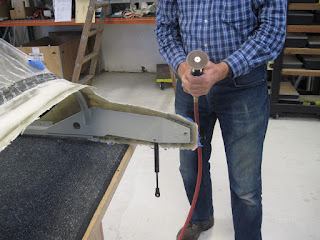 After the main trimming, we did some on-plane trimming to trim away the glass that interfered with any other part of the plane during its opening rotation.  To avoid cutting more than just the intended glass, we slid a piece of tungsten behind the glass as a trim plate.  As you can imagine, when the die-grinder cut through the glass and hit the tungsten, there was a pretty cool pyrotechnic show. 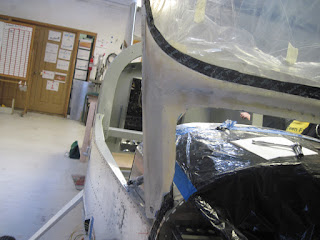 The oil door was riveted to the upper half of the cowling with some very flush rivets. 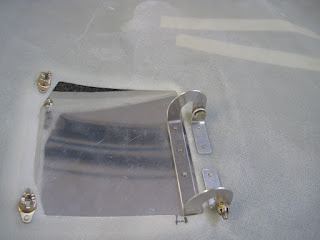 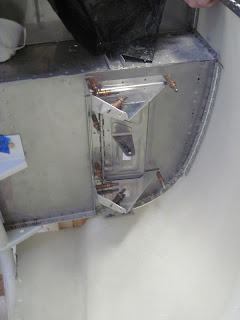 Here is the hollow composite prop that will eventually be chopping the air at the front of the plane. 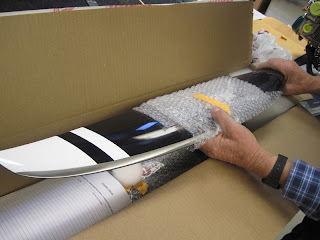