As a result of an unexpected arctic blast of snow and ice, last week's session was canceled. This in turn, left the students plenty of work for this Saturday's session.

At last another kit had arrived at the hangar this week: the finish kit. So for the first half of class, Team Blue helped inventory the pieces. The Blue members were also assigned the delicate task of preparing the wing skins. These pieces required extreme care in handling, so deburring them became a meticulous, prolonged task. 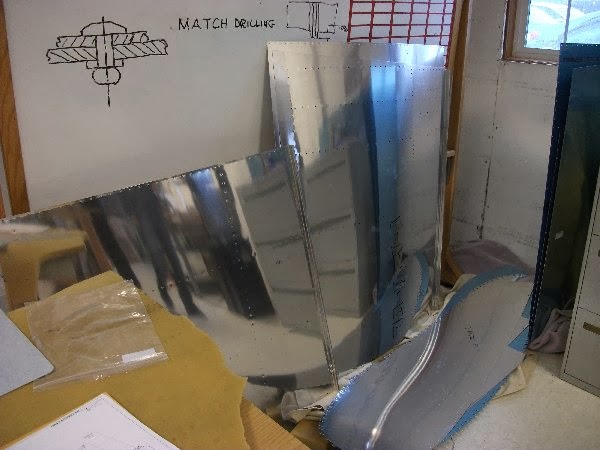 The Red and Green Teams worked together on constructing the skeleton of the left wing, this included attaching the main and nose wing ribs to the main spar, as well as attaching the rear spar and stub spar assembly. A couple of the members helped assemble and install the stall warning system upon the left wing. The system is a safety feature which alerts the pilot of a potential stall, where the wing's angle of attack becomes so steep it loses lift. 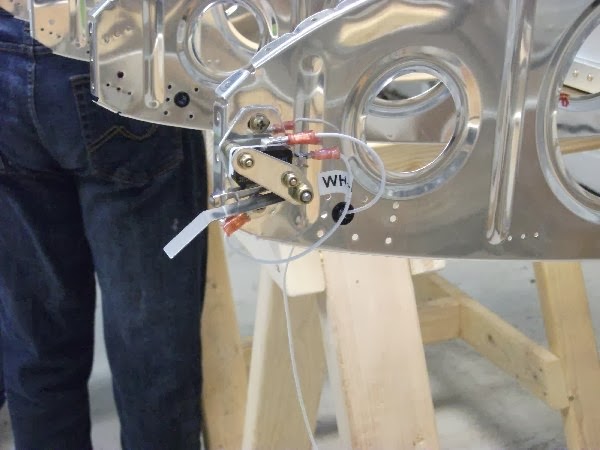 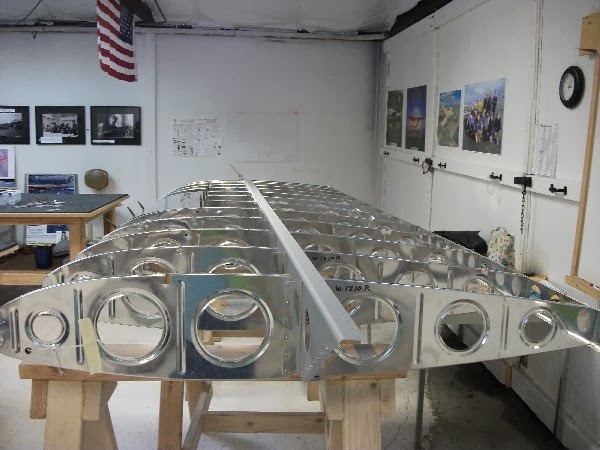 Team Purple helped attach the upper firewall assembly to the fuselage structure, and finished installing the components of the fuel line system. They also spent the day creating and applying tank sealant to all the edges, corners, rivets, and joints, to prevent fuel leakage. 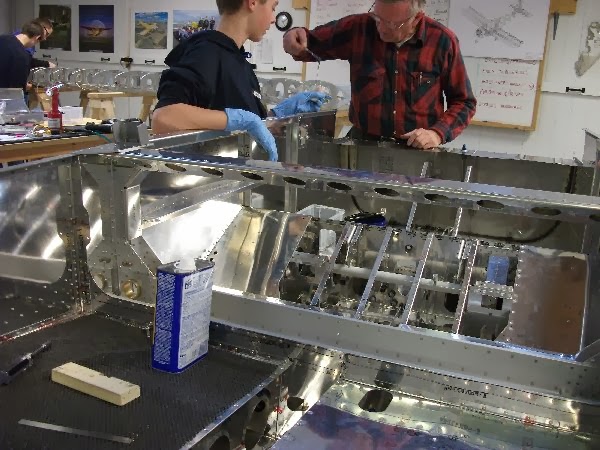