It's amazing to see how much progress has occurred within two weeks worth of build sessions. The students are flying through the plans.

The exciting event of the day was attaching the skins onto the left wing assembly. Everyone was elated to see the wing take its form. Team Green spent the session performing the incredibly fragile task of riveting the skin pieces. It was important for the members to avoid making any profound marks upon the surface, for aesthetics as well as corrosion protection. 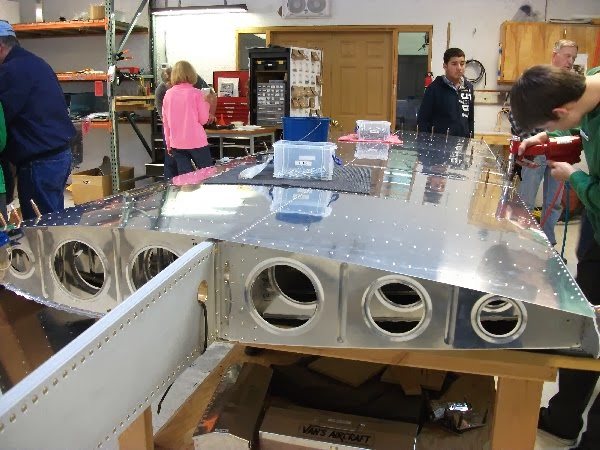 Team Red began work on the flaperon assemblies, helping with the left and right skin preparation, as well as some match-drilling for the brackets and main spar. 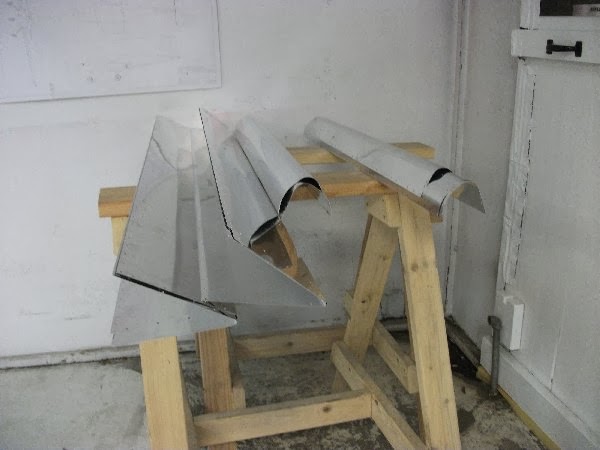 Both the Purple and Blue teams worked on detailed upper fuselage sections. Blue members assisted with the preparatory work for the control system components while the Purple members continued attaching the firewall assembly along with the instrument panel base assembly. 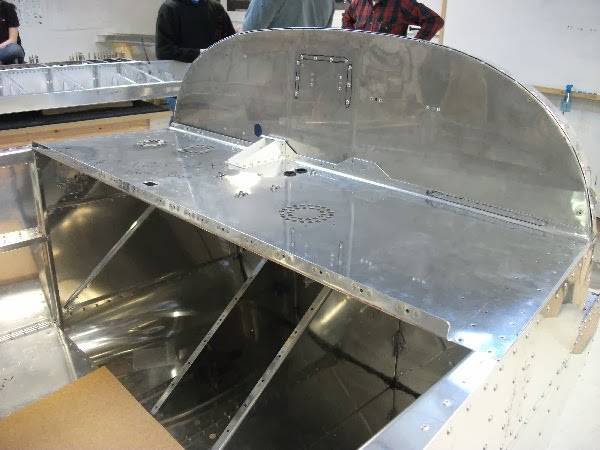