The sounds of pneumatic rivet guns were heard throughout the session today as more work continued on the left wing. Green team finished riveting the upper wing skins along with the hinge bracket assemblies. 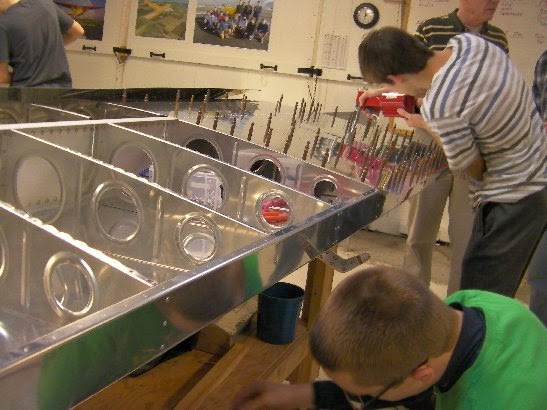 Purple Team provided some assistance with the wing assembly, creating and attaching the handhold as well as the bottom, aft, and forward wing tip skins. A couple of the members began preparing the wing tip close-out toward the end of the session, which included some precise bending and naturally, some deburring. 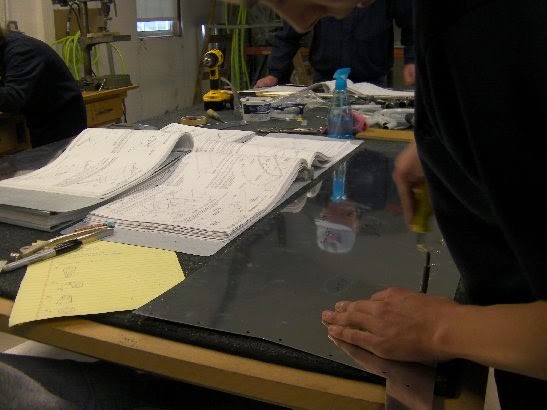 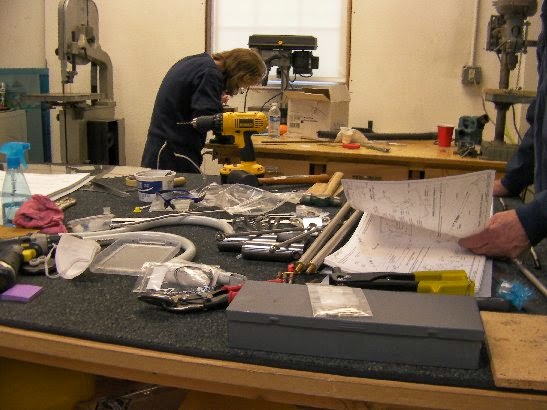 The red team continued and finished both the left and right flaperon assemblies. This included riveting the counterbalance, brackets, nose and main ribs, and the flaperon skins. Both are ready and waiting to be attached to the wings. 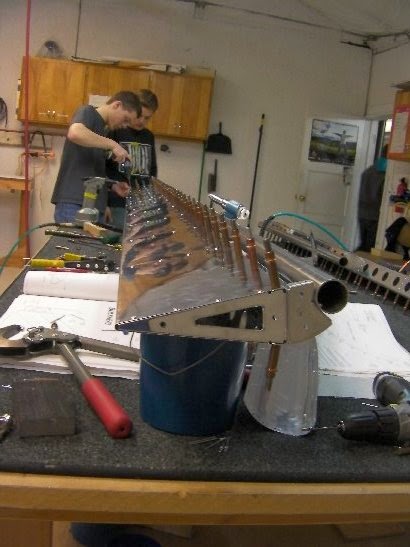 With the left wing near completion, assembly began on the right wing which means a lot more riveting is in store for next week. 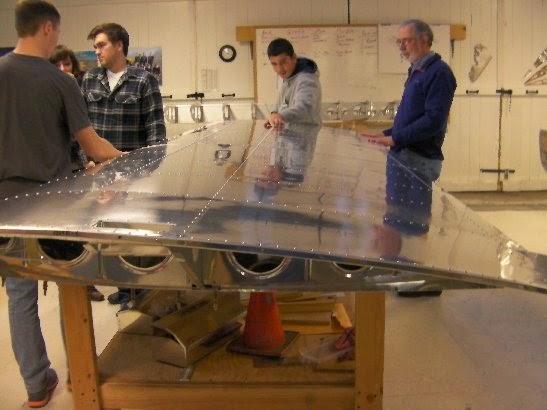