What better way to start off the new spring season than another productive session at the hangar! The Red team helped prep the empennage/tail cone kit pieces by deburring, cutting, and riveting necessary parts. 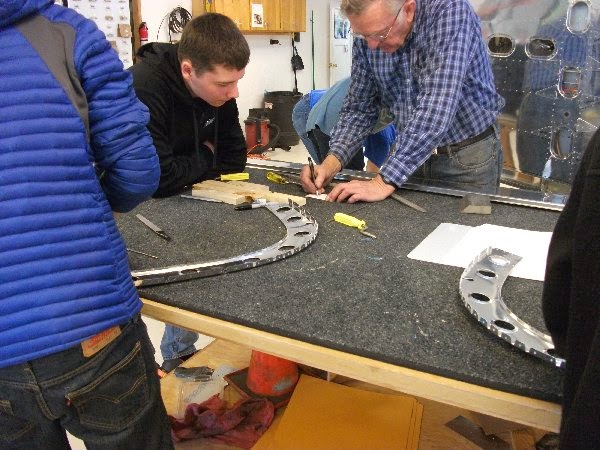 Team Purple proceeded with more fuselage wiring. Today they helped install the connections for the headset module, routed the pitot, and install the ELT bracket. With all the wires and mini components currently in the fuselage, the intricacy of this section is definitely showing. 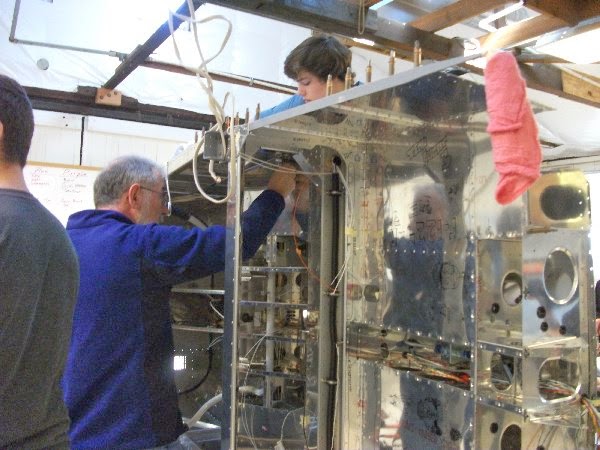 The canopy latch and handle were attached to the frame, as well as the attach angles. 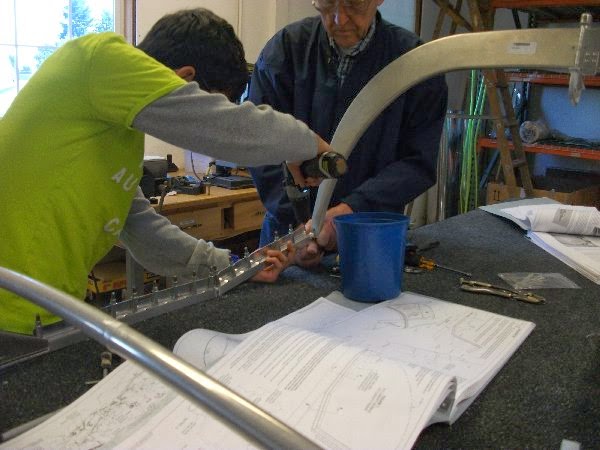 The right wing neared completion with the wing tip skins riveted on, and the landing light system was finally fitted and installed in the forward outer section of the wing. With the landing light done, work began on the wing tip lights, which involved crimping connector pins upon the wires and fitting them into their proper housing. 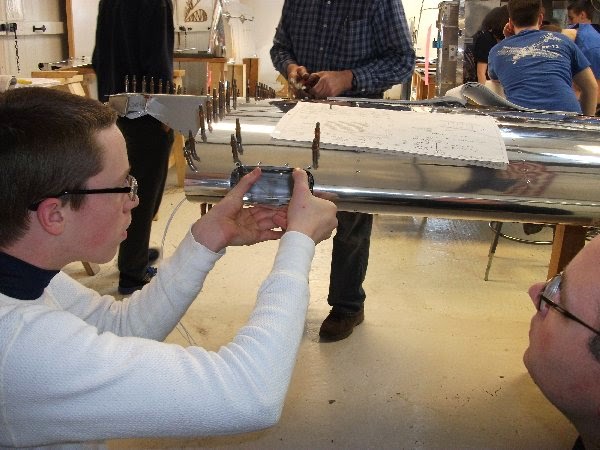 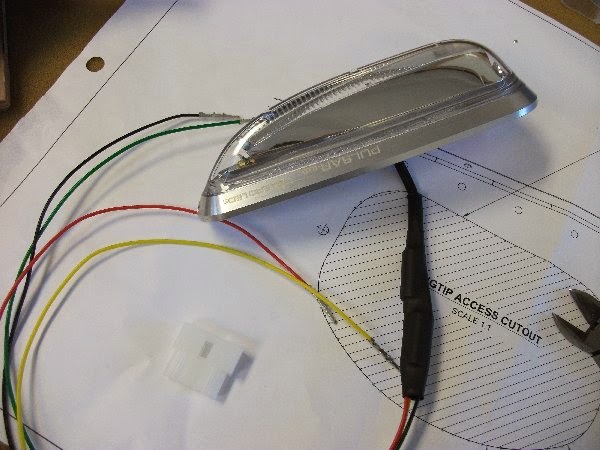