Over the past two weeks at the TF4 hangar, many tasks have been worked on, including the fuel tank and wing spars.  As for the fuel tank, it has been partially assembled with Pro-Seal and many rivets.  Students have been busy riveting on the wing spars and the results are looking good!

Some work on the avionics has also been completed.  Due to the detail and importance of the wiring harnesses, this task takes some extra time and good progress is being made.  Other progress has been made on the control system components including the push-rods, the flap handle, and the flaperon arms.  The build is really moving along. 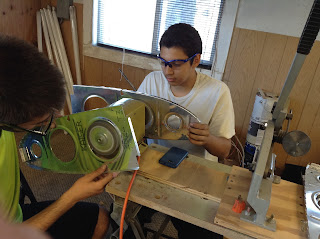 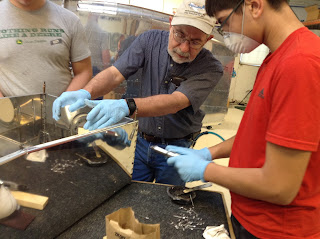 Stay tuned for next week!﻿
Posted by TeenFlight Crew