TF4 is making great progress!  The main tasks that were worked on at today's class include the right wing, both sets of flaperons, and the forward upper fuselage.

As for the wings, the forward and aft spar were riveted to the ribs, and the wing has started to be wired for the lights. 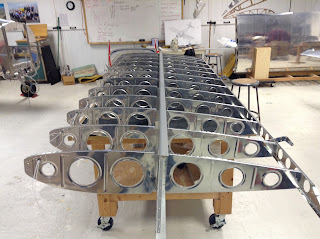 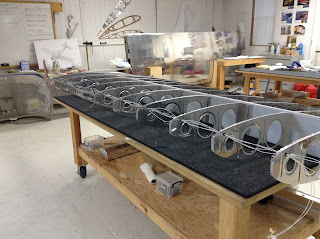 Work on the flaperons has also resumed.  The main flaperon ribs have been riveted to the flaperon spar, and the end brackets were riveted.  The counterbalance assembly was also installed. 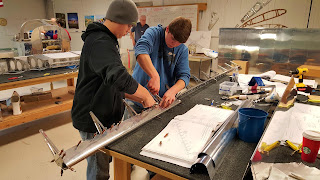 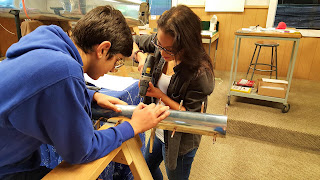