Today was another great day at the hangar.  Progress continued on the TF4 wings and flaperons, the control systems and the engine cowling.  The left wing is almost fully complete with the finishing of the wing tip that still needs to be done.  On the other hand, the right wing started its  riveting of the main ribs and the positioning of the aft and forward spar.  The flaperons also started their assembly after deburring and clecoing parts. 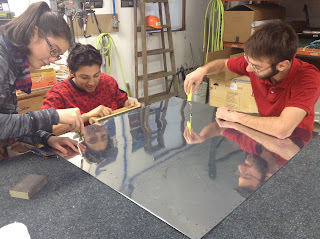 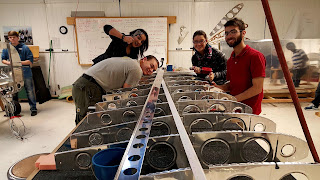 As for the engine cowling, the lower and upper halves were clecoed and aligned with the hinges and firewall.  They were then match-drilled to line up with the cowling hinges and made for a nice fit.  Also, the controls were further worked on and the fuselage is being slightly adjusted in order to fit the tail cone. 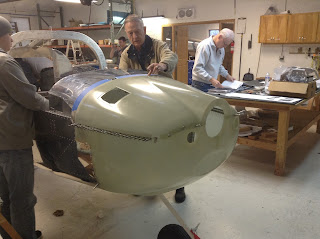 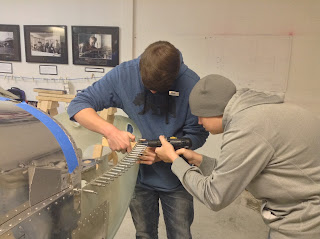 See you next week!
Posted by TeenFlight Crew