Today was yet another productive day for TF4 out at the hangar.  Work continued on the canopy, wings, and internal controls.  As for the wings, the left one is very close to completion with more work to be done on the wing tip and wiring, and the right wing skins have started to be deburred.  After many rivets, they are coming along great. 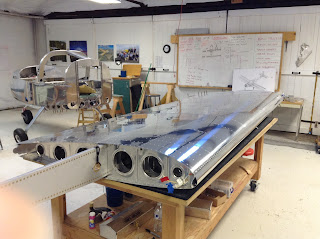 The canopy and internal fuselage were also worked on.  The canopy was masked with high strength tape in order to protect the plexi-glass during future sanding of fiberglass.  High density foam was also adhered to the canopy which will later be sanded for the appropriate contour. 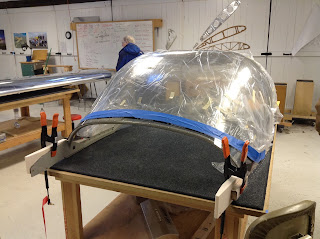 As for the internal fuselage, the control systems and pulley systems were installed and other cables have been attached.  The fuel tank was also Pro-Sealed and hopefully will hold any leaks. 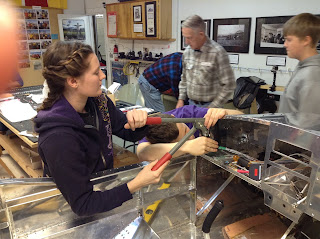 See you next time, and hope everyone has a Happy Thanksgiving!
Posted by TeenFlight Crew