Things were once again alive and active here at the hangar.

After some of the members finished fastening the bottom skin onto the fuselage, the structure was handed off to Team Purple to rivet the step floors, attach the baggage bulkhead, and install the systems block studs. 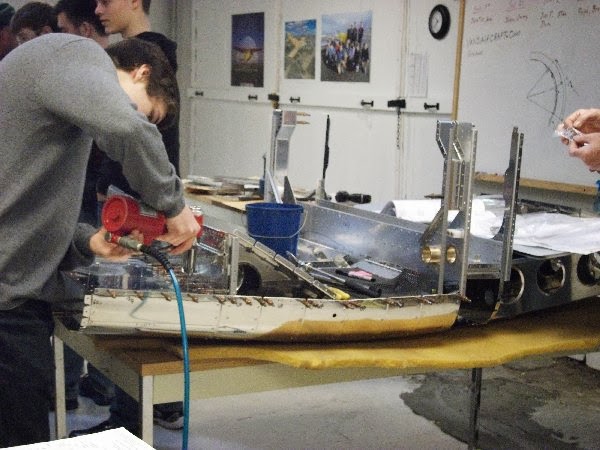 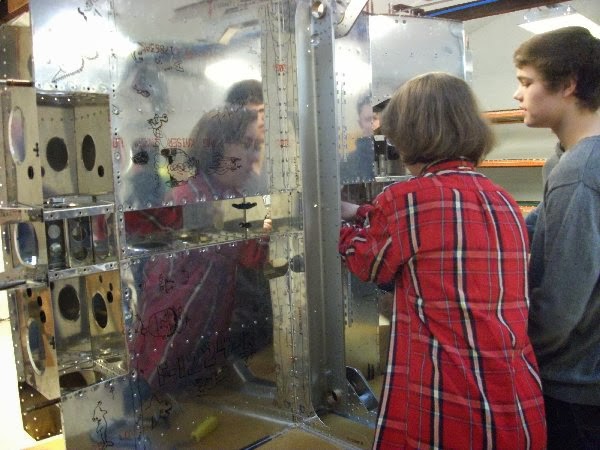 Team Red continued working on the brake system, and test-fitted the assembly into the lower front fuselage section. The section was finally attached to the entire fuselage structure, an additional piece to the growth of its construction. 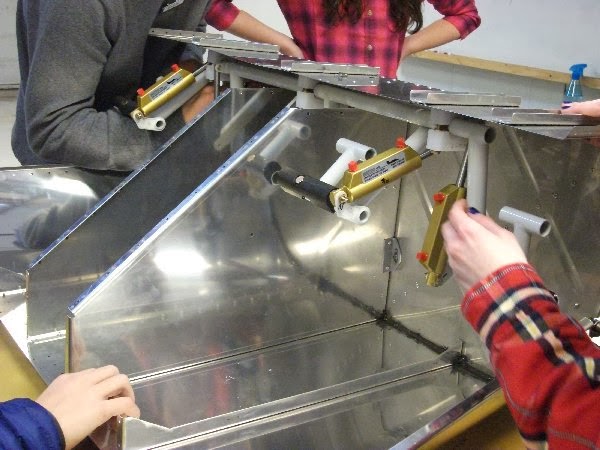 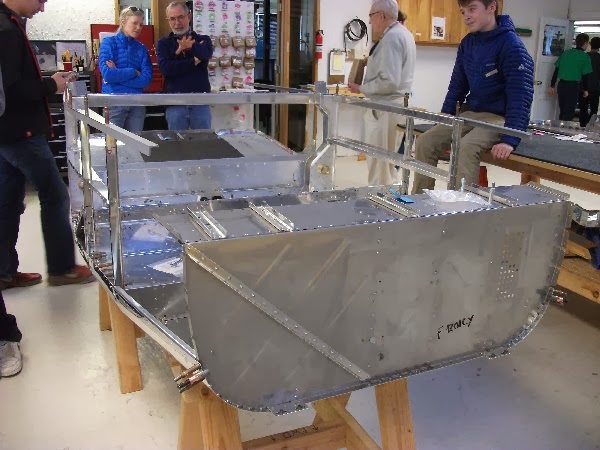 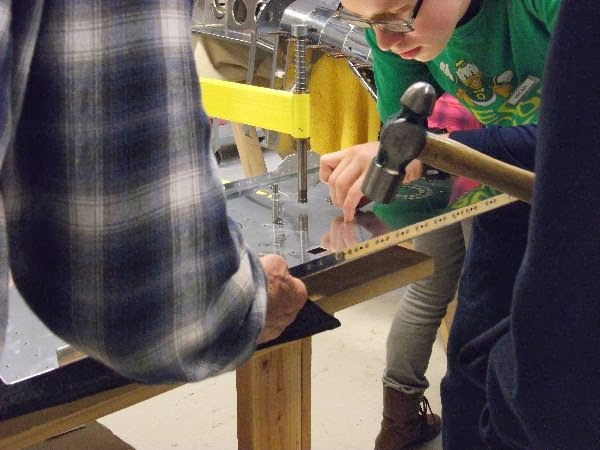 Team Blue finished the roll bar and started constructing the baggage bulkhead assembly which will eventually connect to the bar and attach to the plane tailcone. The side skins and roll bar assembly are next in line to become attached to the fuselage.
Posted by TeenFlight Crew