Some wing parts were finally in use today.

Team Green got a headstart on the wing kit this session, and spent the day working on the wing spars. This included preparing the attach angles, doublers, and tie-downs; then attaching all those parts. The students got to practice tapping the tie-downs in order to fit an eye screw. The spars will serve as the main framework for the wings, providing the most support for the forces and weight loads placed on them. 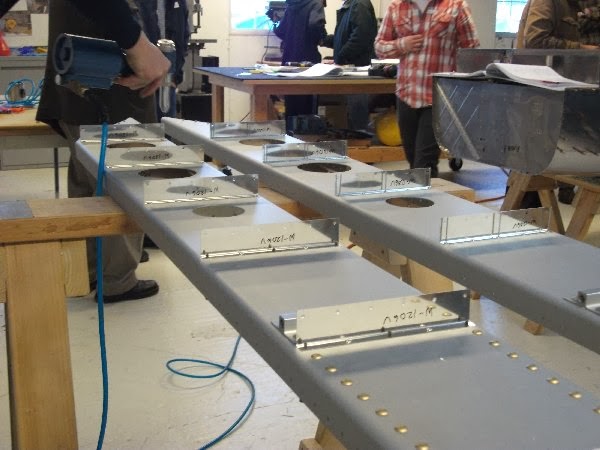 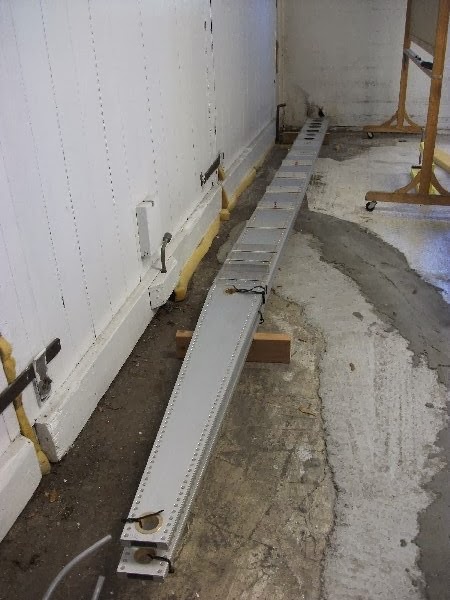 Aside from that section, Teams Blue and Red both worked on the fuselage side skins. The pieces required a lot of preparation: cutting, dimpling, deburring, priming, countersinking; practically every technique was used before actually riveting them upon the fuselage structure. 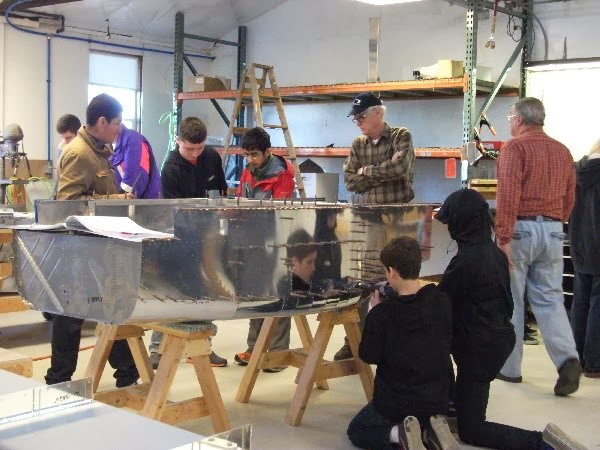 Team Purple was split into two sub-groups: one worked to finish constructing the map box and began work on the supporting pieces for the battery and oil tank; the other group finished the upper firewall assembly and began planning the fuel line system. 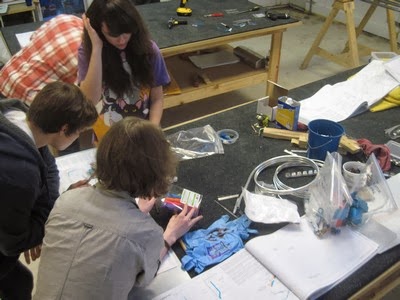