A lot of progress was made this Saturday, despite the fact that we were working with a reduced number of team members.  The airplane is nearing completion and since there aren't as many tasks to work on, smaller groups of students will work together at a time and will alternate each week.
Further installation of the cockpit warning light was worked on.  This task involved routing many wires through the canopy bulkhead and attaching them to the "eyeball" light.  The canopy latch holder was also attached onto the inside of the bulkhead.

The anti-skid wing walk material was adhered to the right wing after cleaning the surface with alcohol. 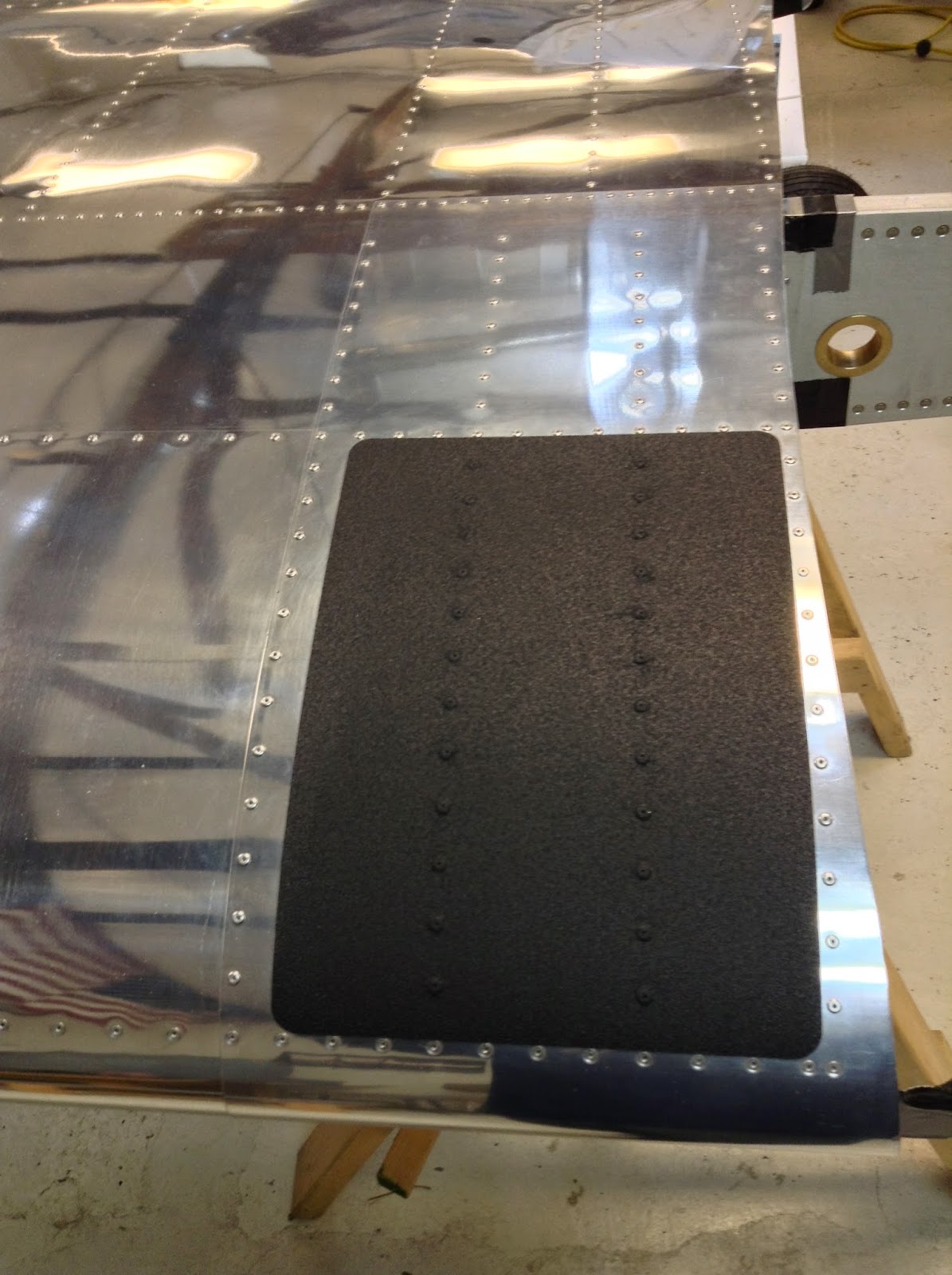 After a long time trying to align three bearings, we finally attached and torqued the bolts on the right wing flaperon.  The spars of the wings were also sanded and primed. 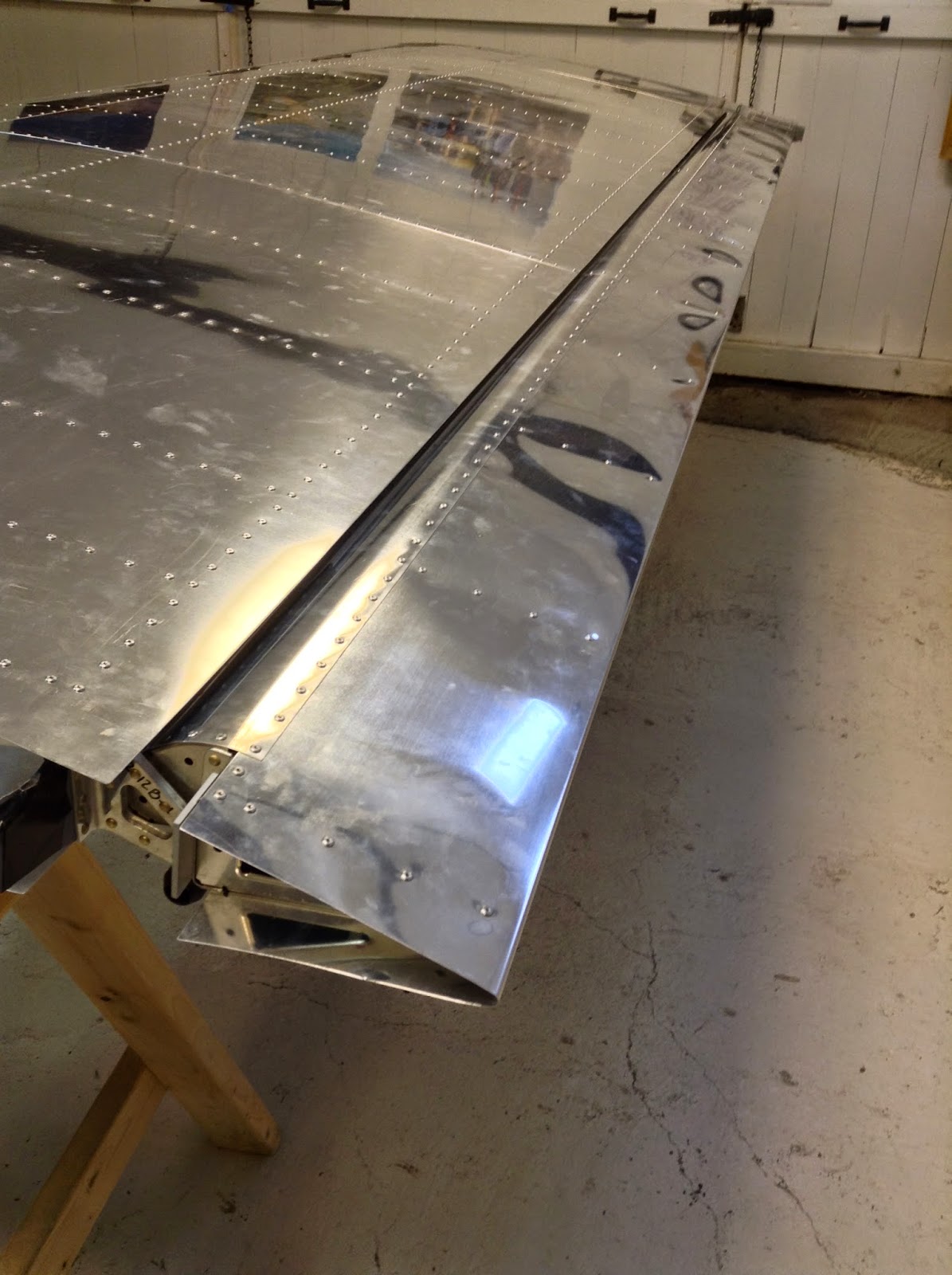 As we are nearing the last stages of sanding the fairings, work continued on the nose wheel and nose wheel strut fairing.  The steps that attach to the fuselage were Pro-Sealed to avoid corrosion and rust due to water that could seep in.  The area on the forward fuselage where the canopy bolts onto was also Pro-Sealed to prevent corrosion as well as to protect the avionics systems. 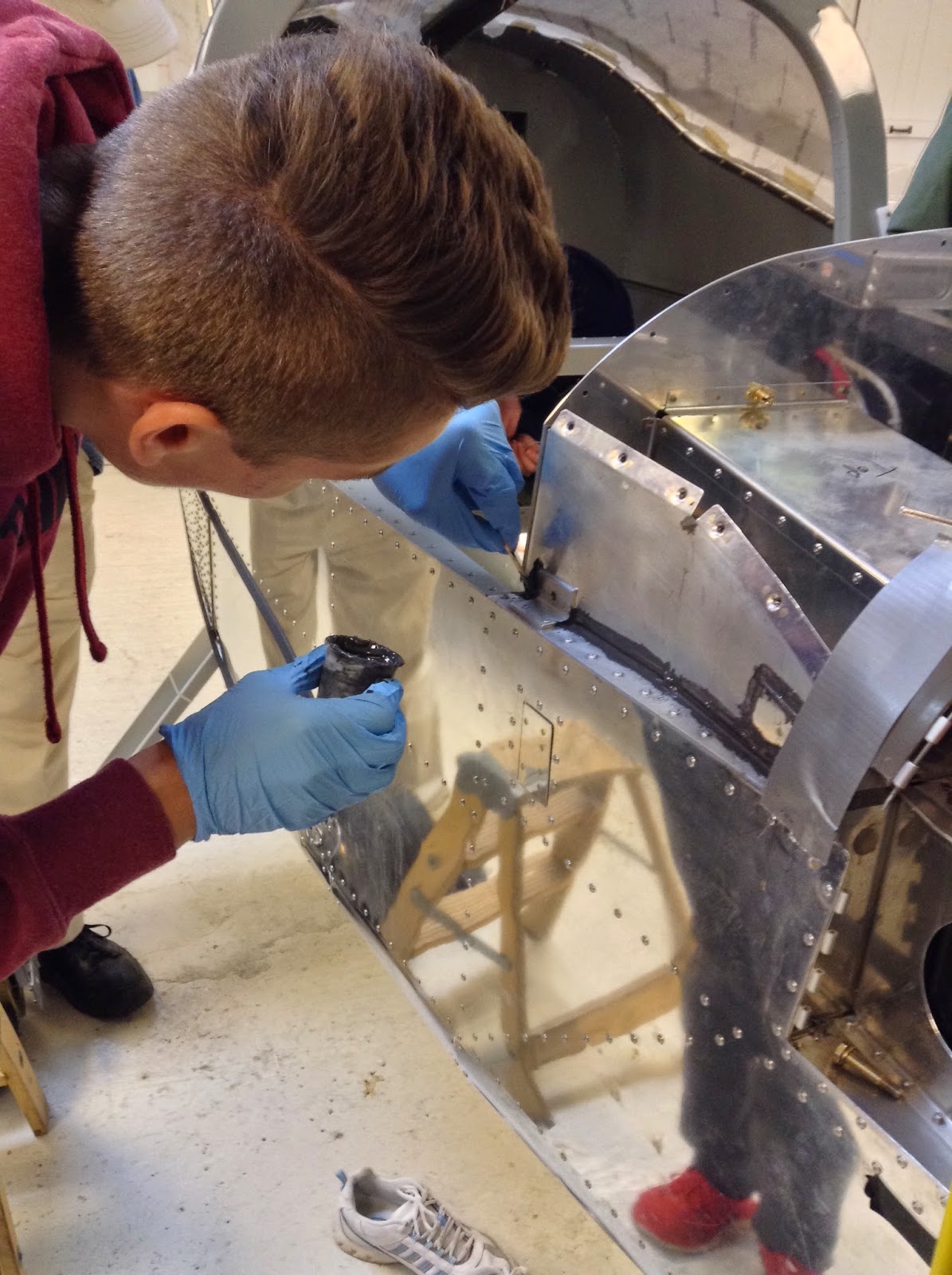 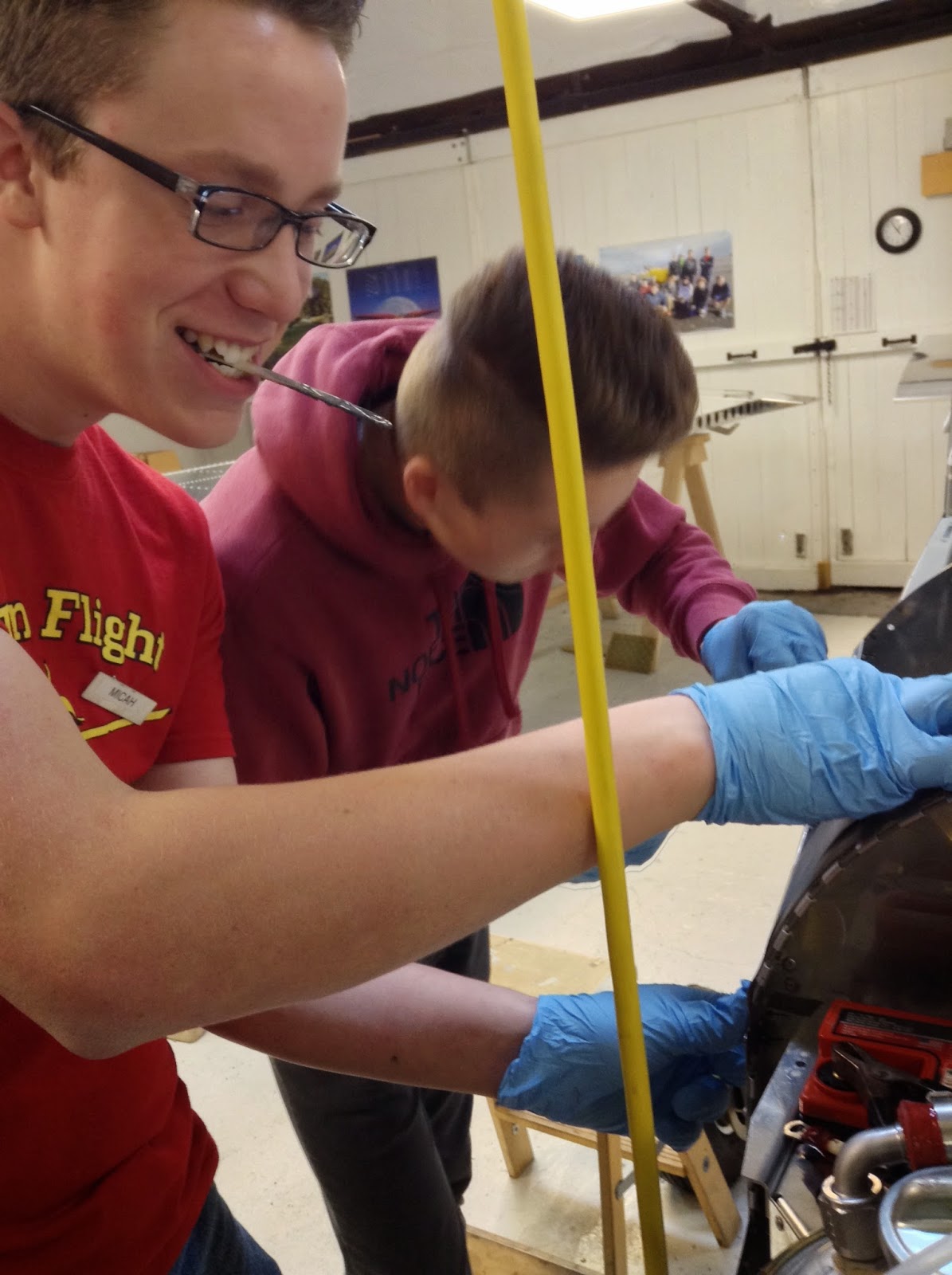 Work continued on the engine and the engine coolant overflow container was bolted on. 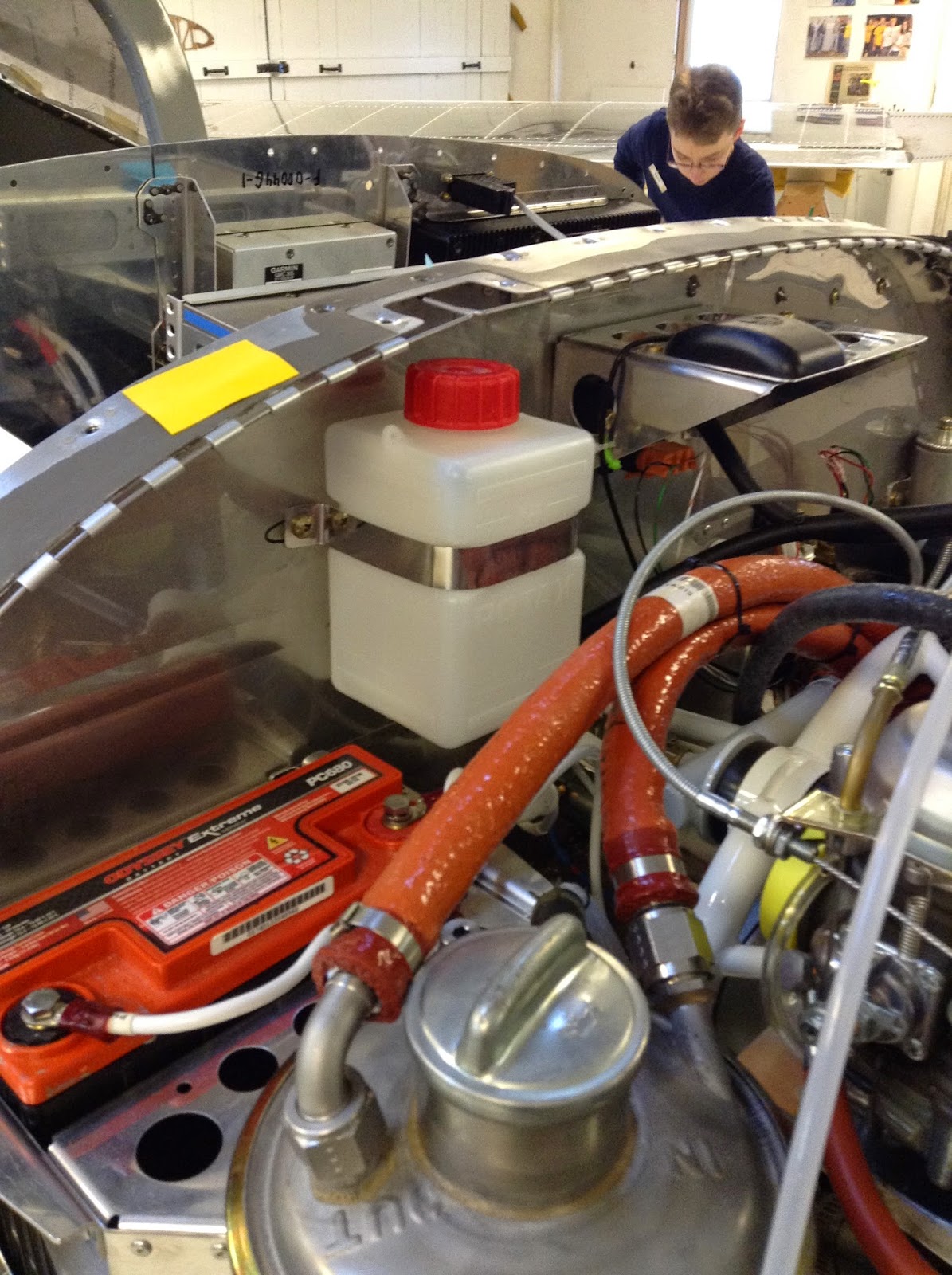 Check back soon for more progress!