This Saturday, the main tasks that were worked on included the decals on the vertical stabilizer as well as the canopy latch installation.  As for the decals, they were placed along a strip of tape that was lined up with the horizontal rivet line and from there, taped on in order to space each decal.
The tail number for TF3 will be N113TF.  Very cool!

After hours of wire routing and installing plates, the canopy warning light and latch system were completed.  The light will act as a warning light for the canopy as well as a red rotator light to increase night vision. 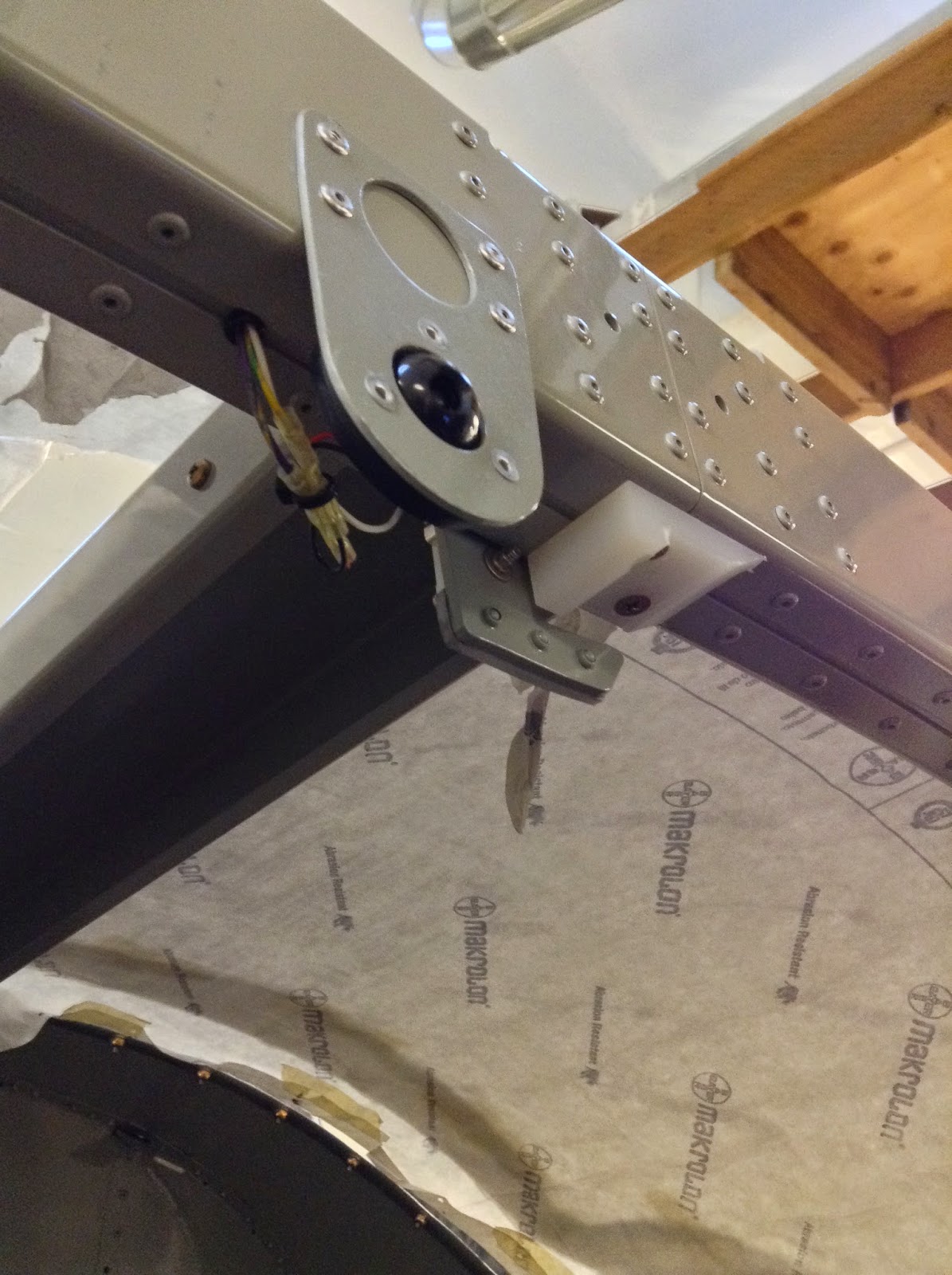 Some last details were completed on the engine including the filling of oil and engine coolant in each separate reservoir. The left and right side steps were bolted into place through a hole in the fuselage that had to be enlarged for a nicer fit. 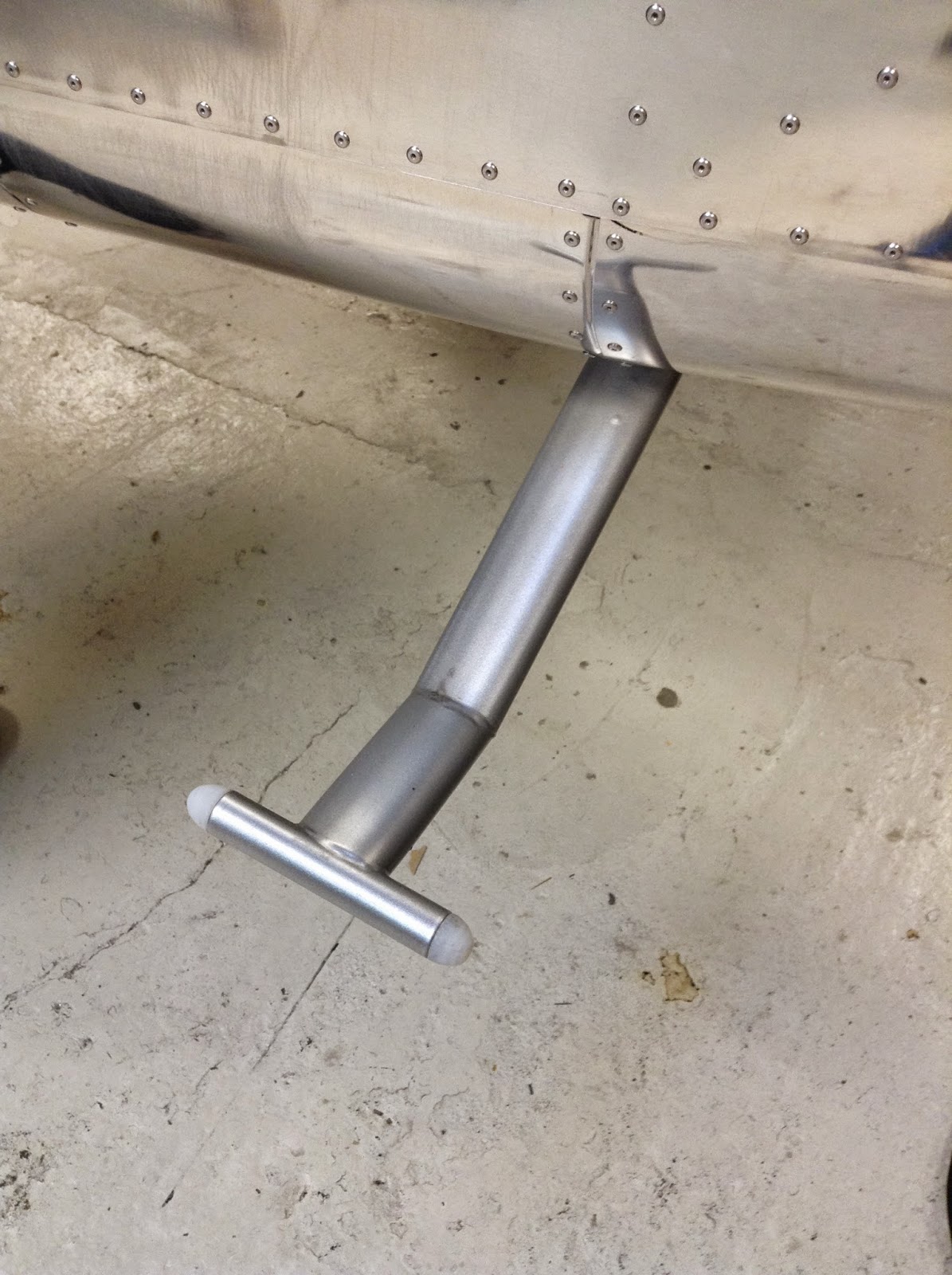 The interior pushrods were adjusted to clear the flaperon and the elevator pushrods.  Also on the interior floor panels, we adhered the anti-skid material on both the left and right side of the cockpit.  The canopy bulkhead also had the same material applied to it to prevent scratches and dents that could occur from luggage. 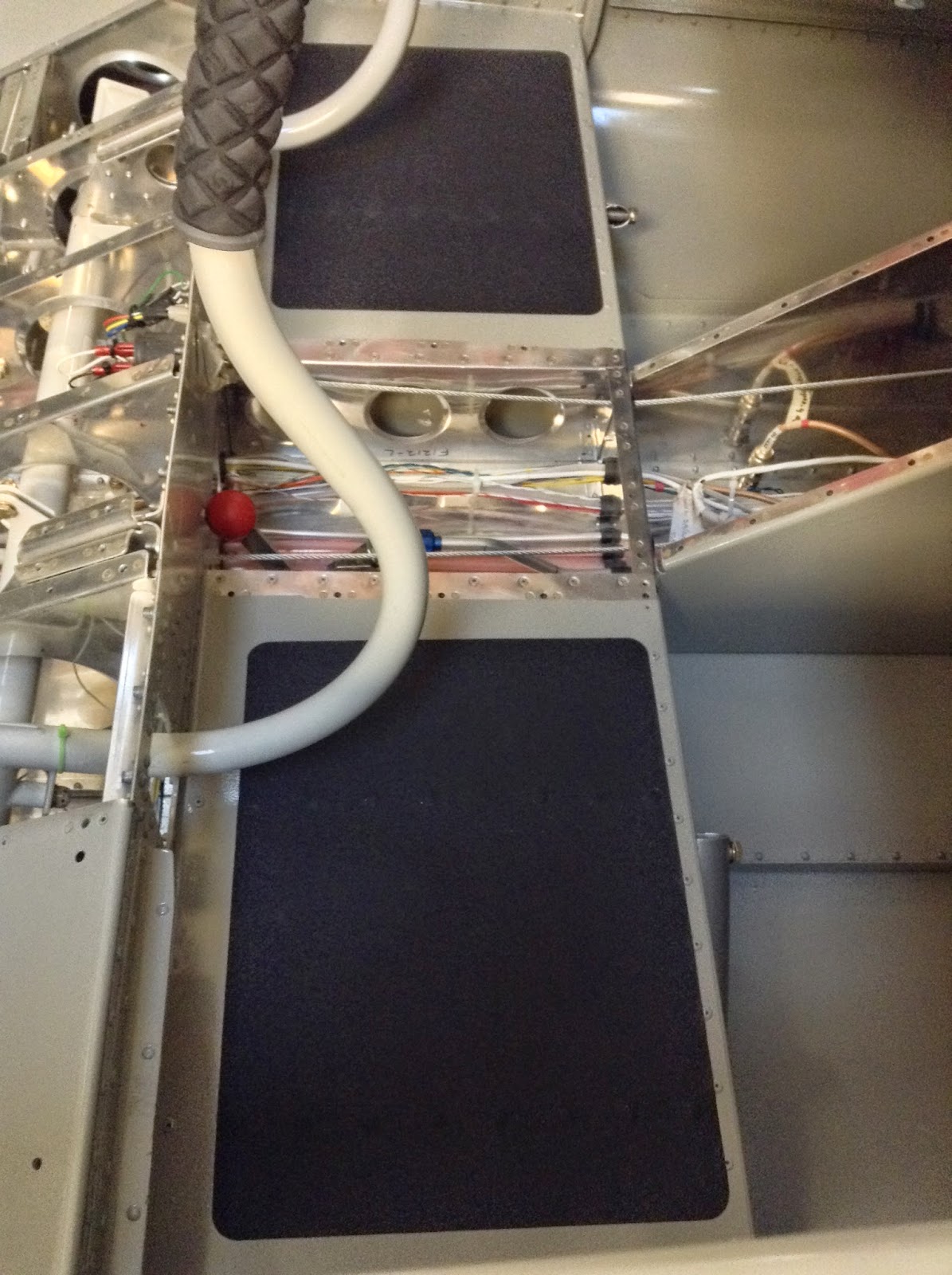 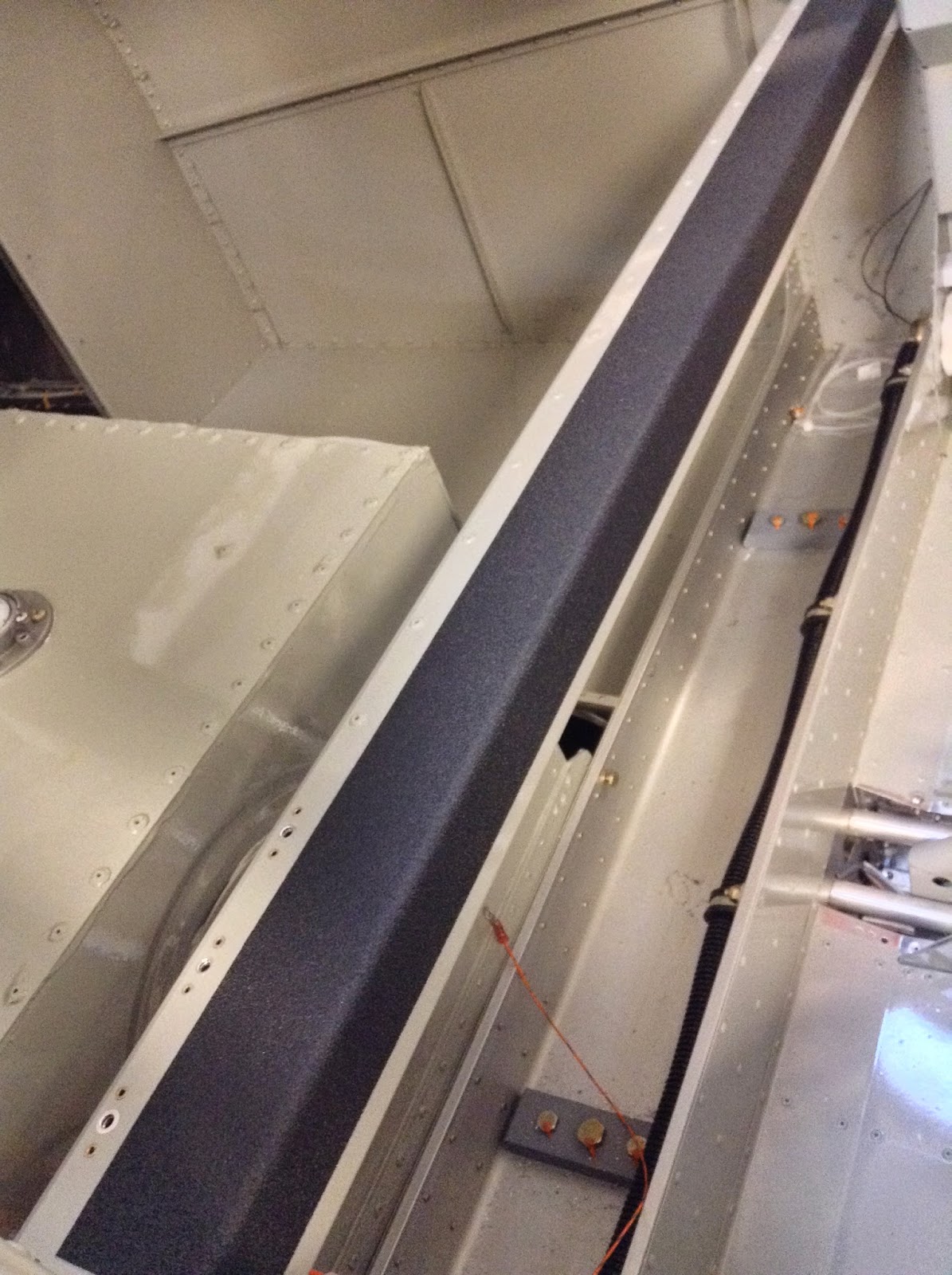 TF3 is really coming close to completion.  We ended the day with an Open House for parents to see and hear all about what we've been working on in class.
Thank you, TF3 Mentors, for the cookies and nice gift!
Happy Holidays! 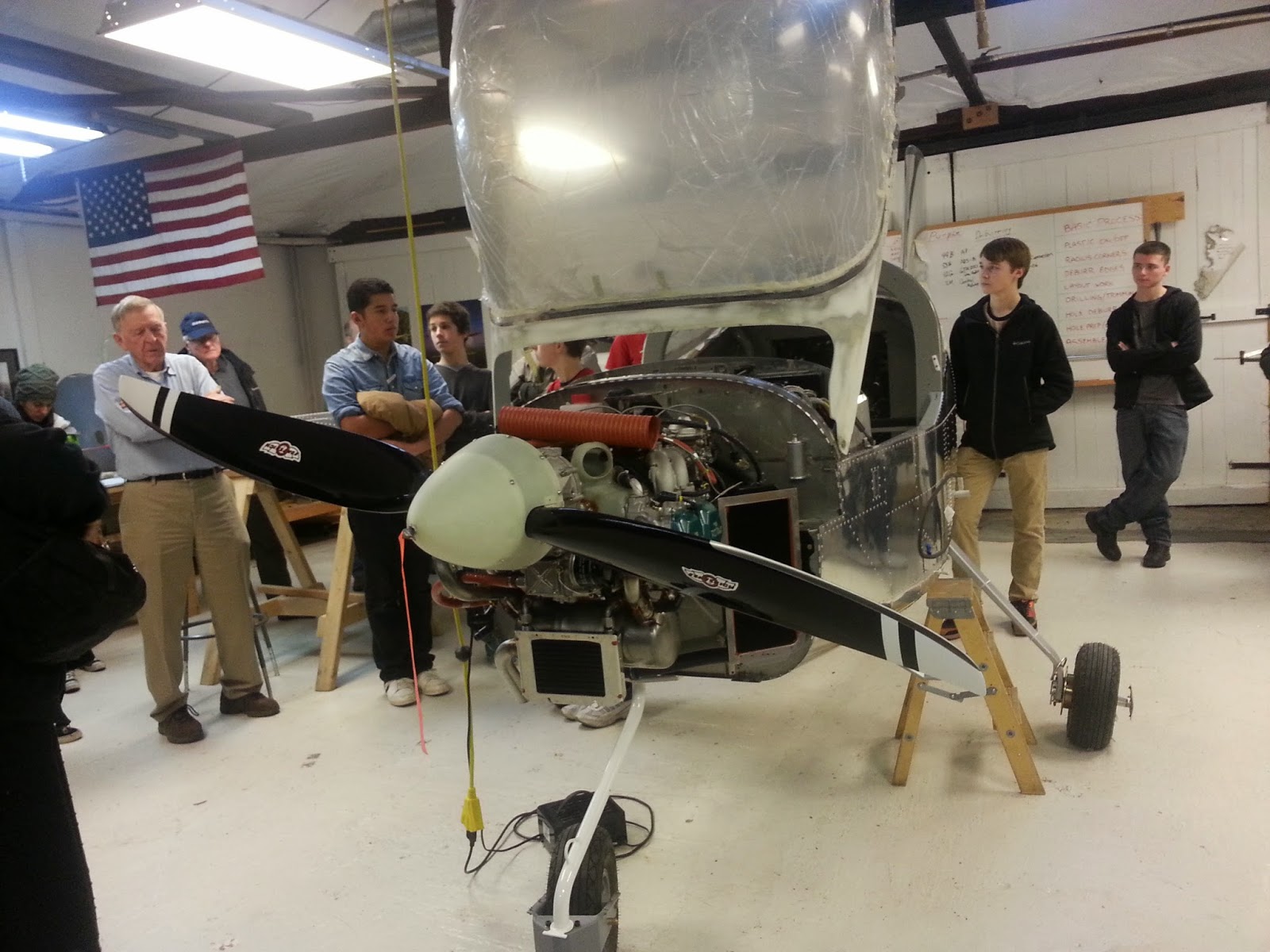