Many milestones were achieved today as we keep making progress.  The first task that was completed was the installation of the new grey seatbelts.  This involved drilling out most of the attach points and spending some extended time in the baggage compartment.  The seatbelts were then attached and tightened.

Another important task worked on today was the action of the fuel pump.  When we turned it on for the first time, there were no leaks anywhere and that was a relief.  And after further alignment, the decals on the vertical stabilizer were adhered.  It looks great! 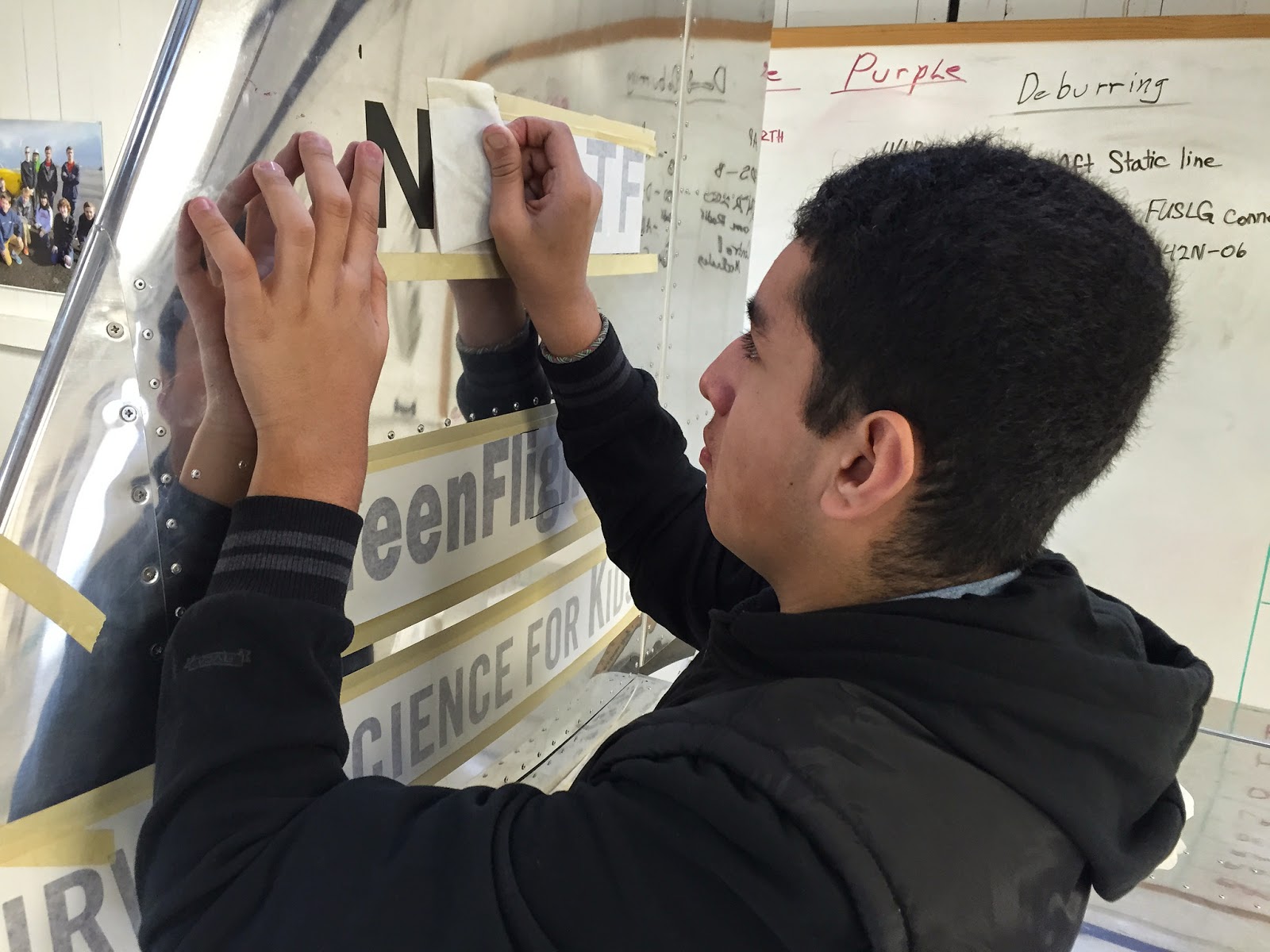 Using the Garmin G3X, the pitch control surfaces were calibrated.
This involved aligning the stabilator with the anti-servo tab and moving the control sticks to set at zero.

Now for the major milestone today: the inaugural engine start of TF3!  After rolling the plane outside, the engine was started and it was very successful.  There wasn't a single oil or fuel leak anywhere and the engine ran smoothly! 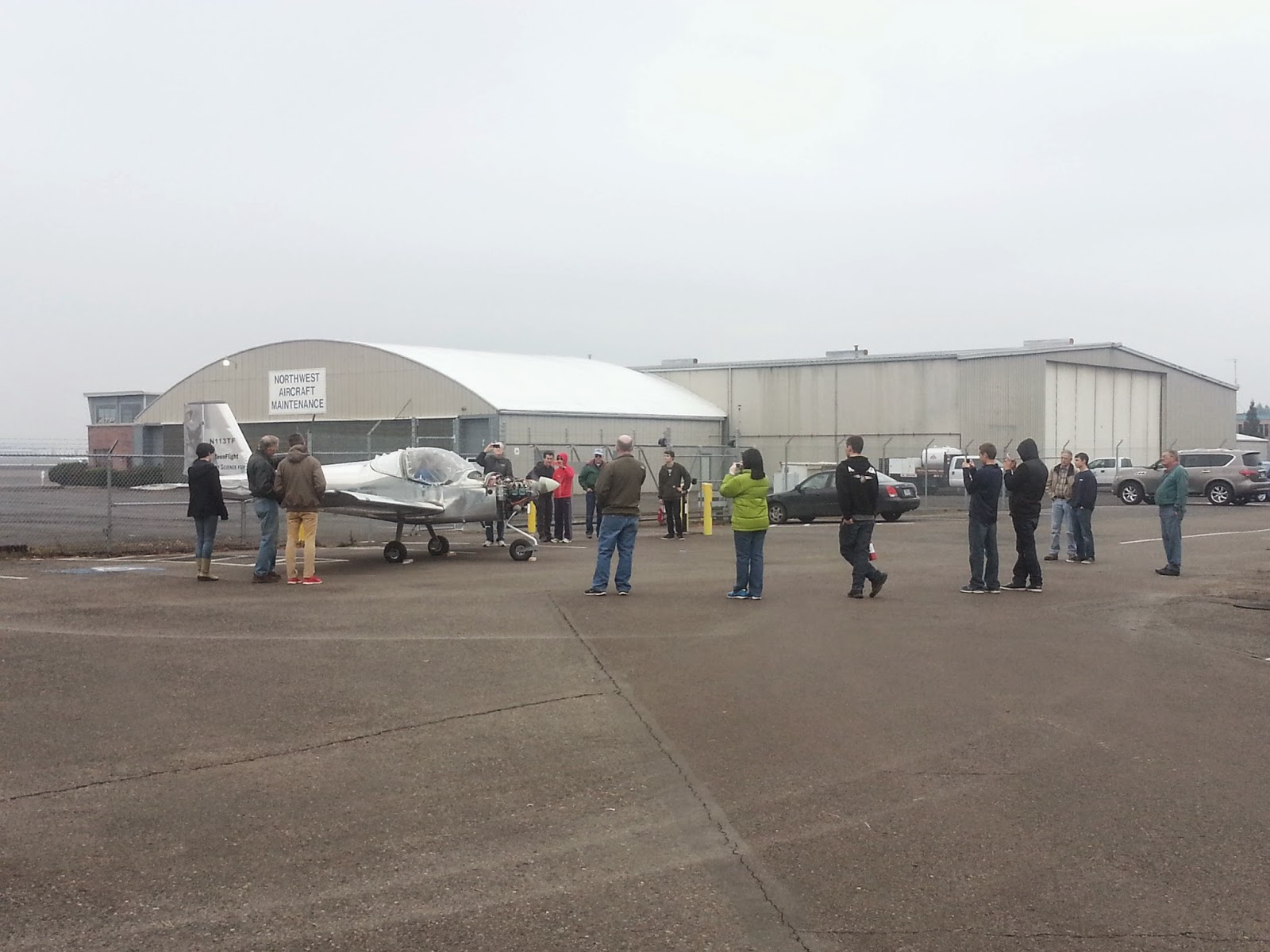 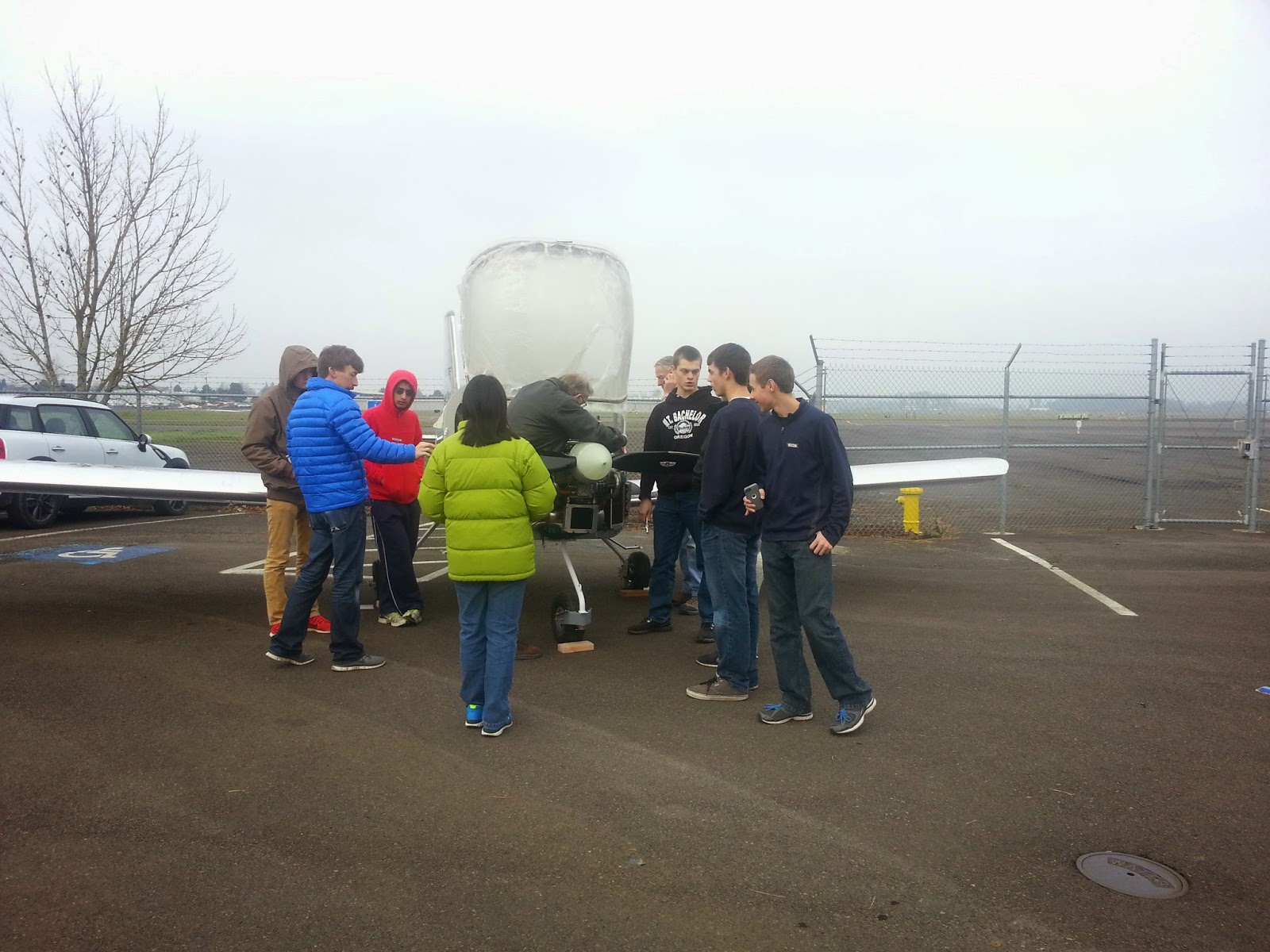 Video of TF3 engine start:  http://youtu.be/OnAAc4GaucI
After the second start, some fine-tuning was done to balance the carburetors.
Today was a great way to start the year off.  Happy New Year! 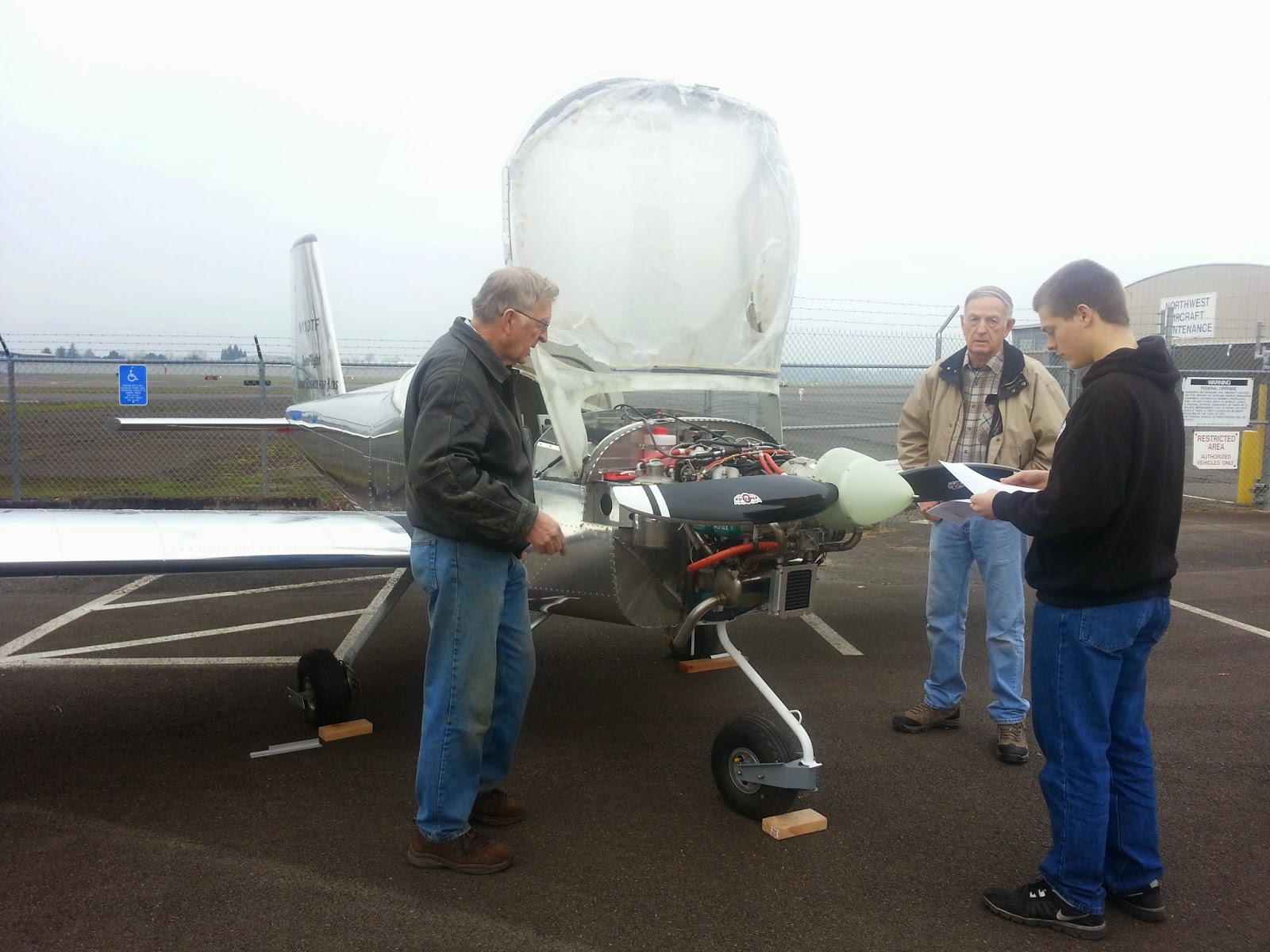 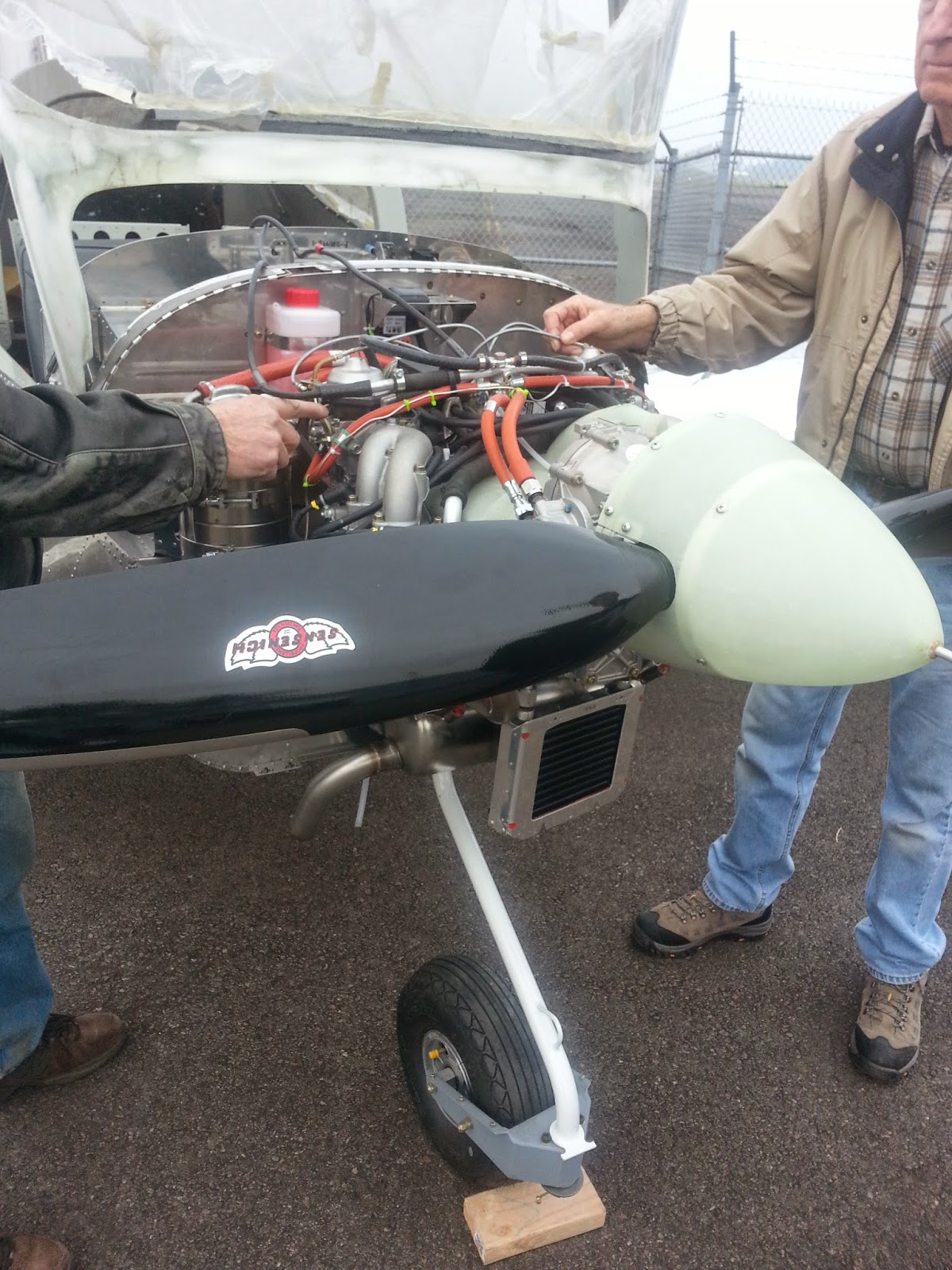