Today at the hangar, we kept pushing on toward the finish.  One of the tasks that was worked on was the interior decals.  They were adhered to the avionics panel to label and identify what certain controls are in the cockpit.  The main things that they label are the throttle, the choke and the cabin heat. 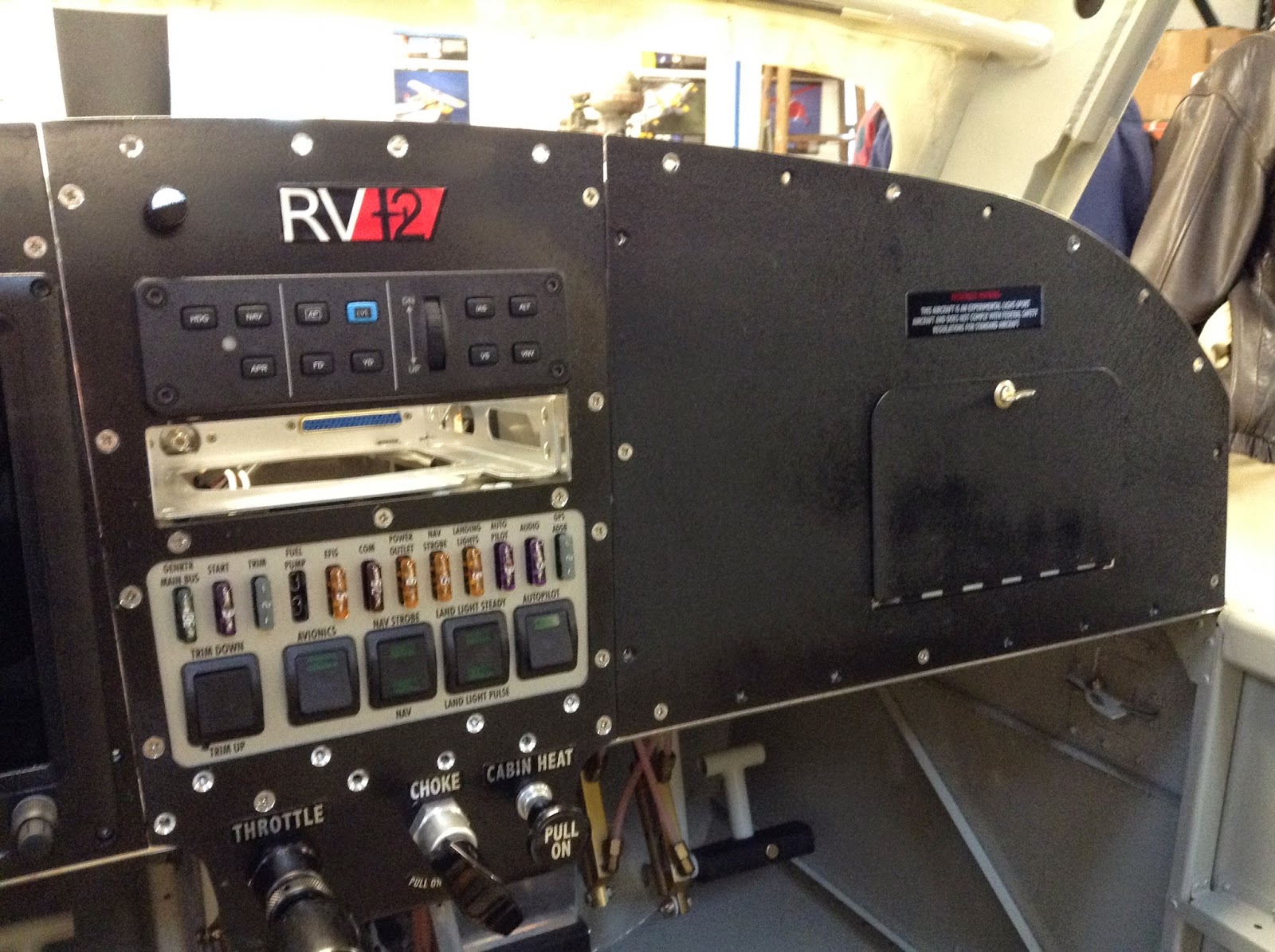 The plastic on the canopy and rear window was also peeled off and it produced some strong static electricity as you can see.  However, despite the fact that it was pretty funny, it also looks great!

Near the end of class, the fuel pump was tested to check the pumping rate.  The pumping rate had to be about 1 gallon of fuel in 180 seconds, or three minutes.  After the test, the pump pumped out one gallon in about 130 seconds, or two minutes and ten seconds. 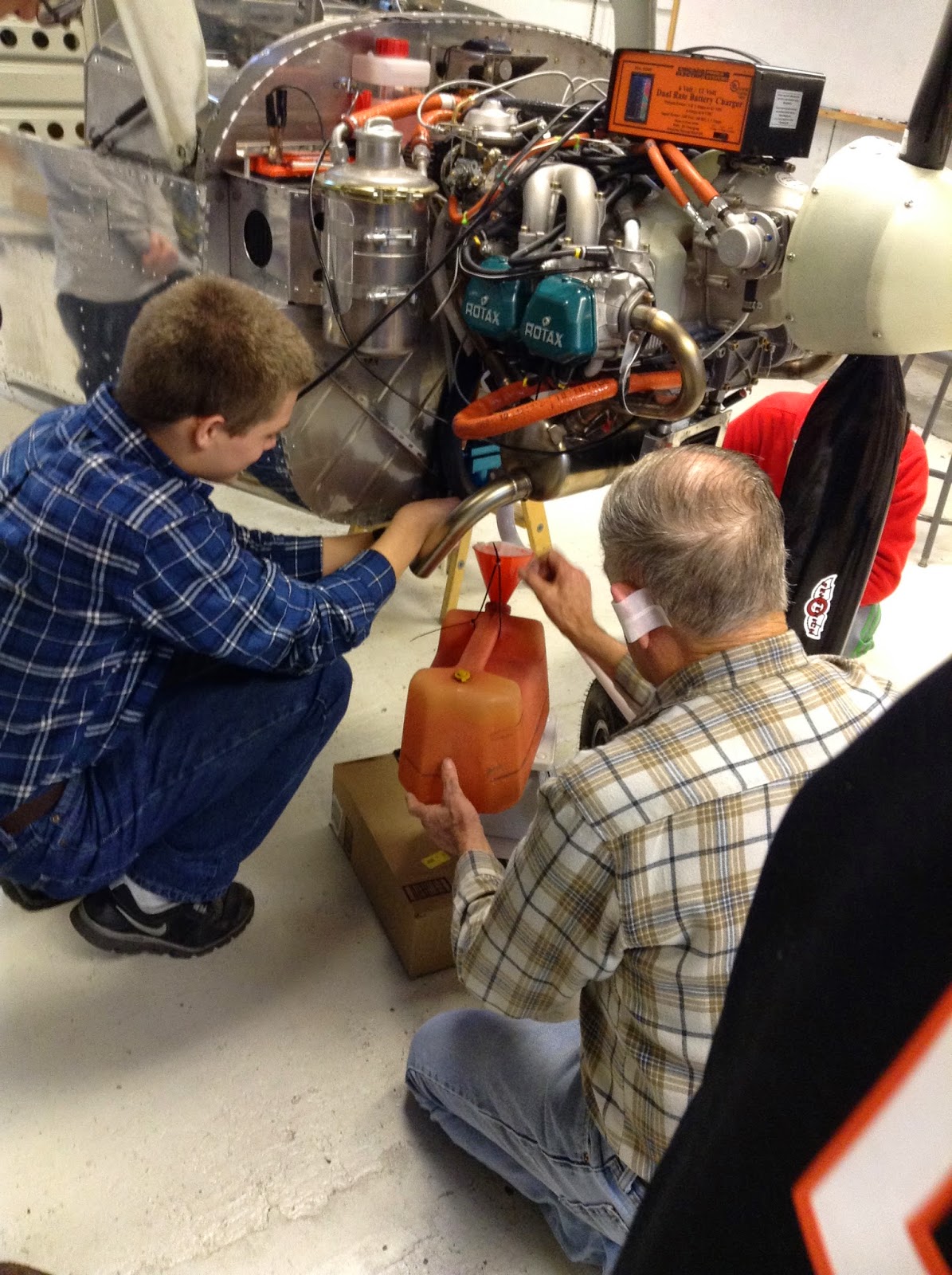 All of the wheel fairings, besides the nose fairing, have been painted silver to match the color of the aluminum and they also look great! 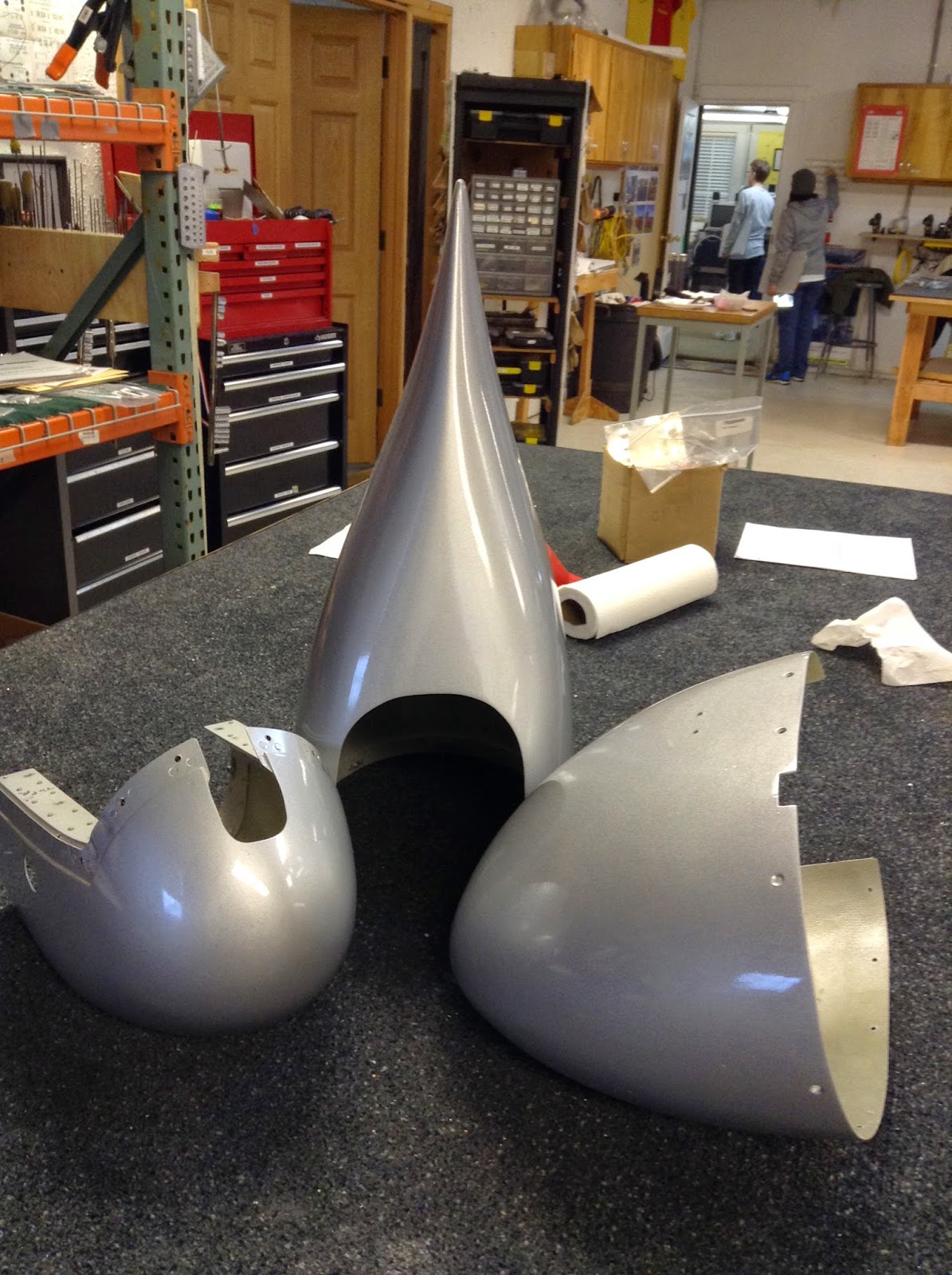 The trim and attitude controls were calibrated with the Garmin G3X EFIS system to ensure the right attitude was being displayed on the screen.  Near the very end of class, we also started the EFIS continuity check.
Stay tuned for more next week!
Posted by TeenFlight Crew