The canopy latch warning light has been installed as well as the "eye ball" light that can be used to look around the cockpit.  This involved riveting and drilling holes to route the wires that power the light. 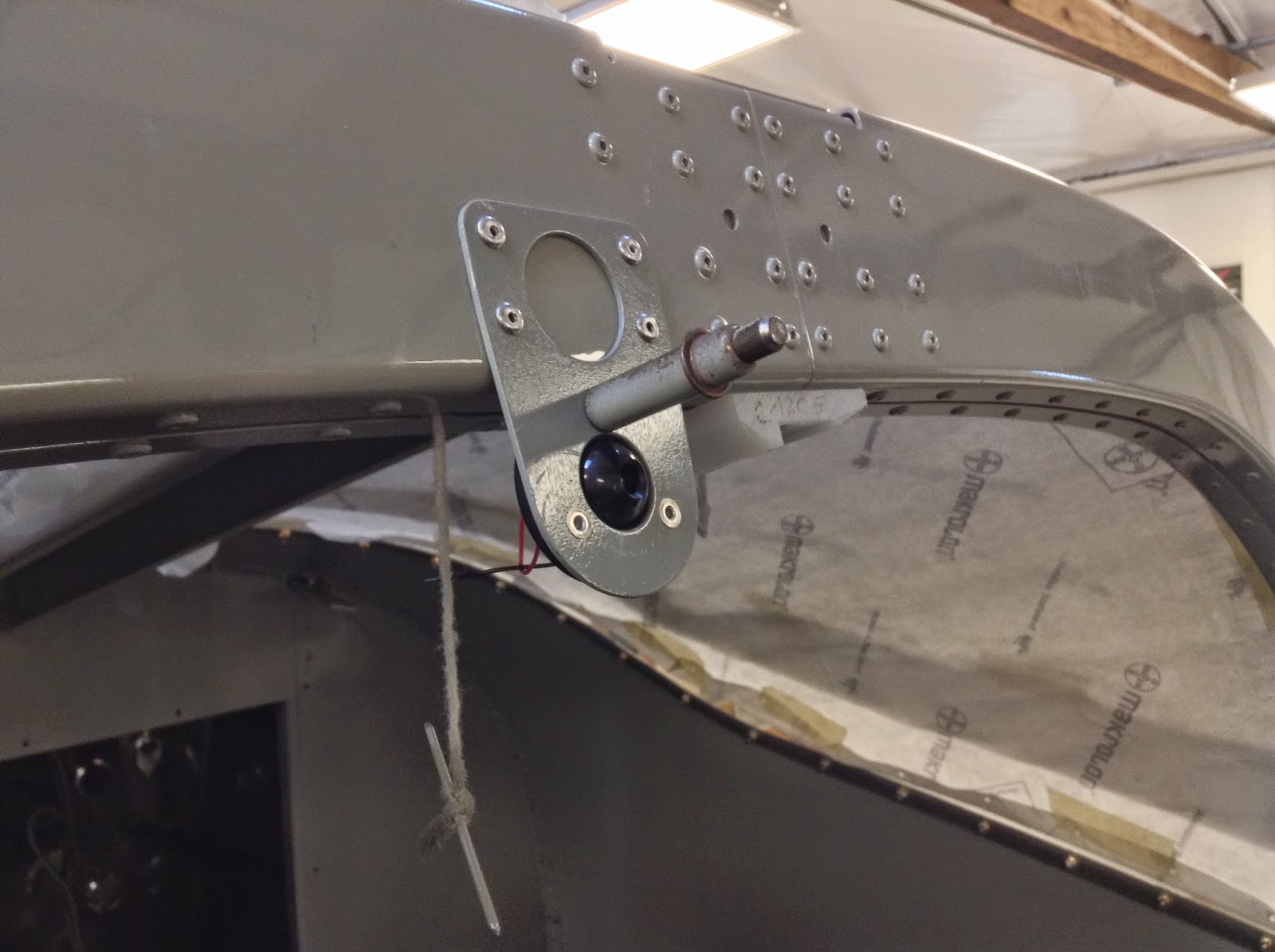 The wing seal on the fuselage has been successfully adhered on both sides.  This first involved attaching a layer of electrical tape around the line that the wing root forms on the fuselage in order for that area to be cleaned.  After cleaning, the seal was adhered. 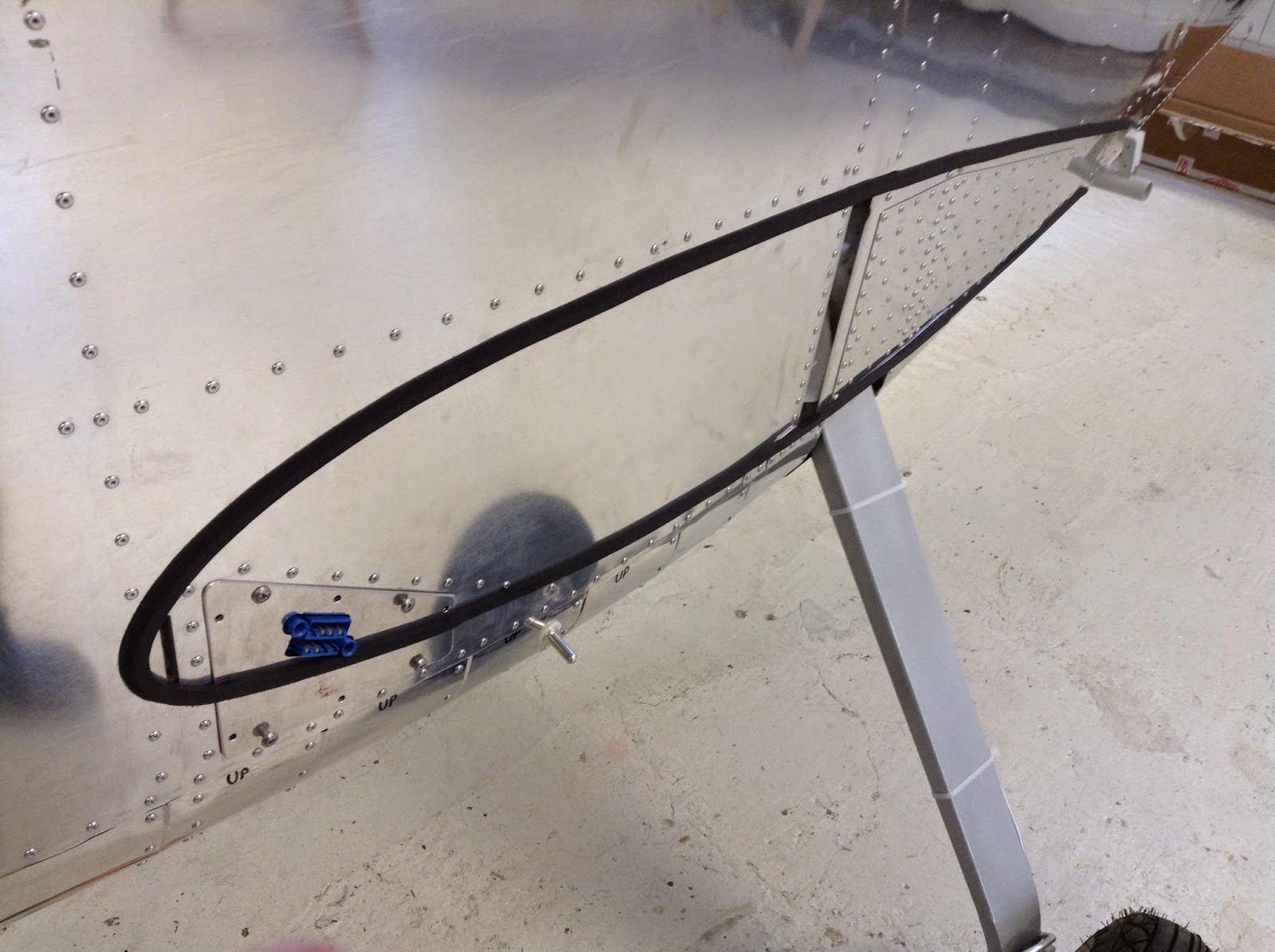 Also on the left wing, the anti-slip wing walk material was attached.  A heat gun and needle were used to puncture the air bubbles around the rivets and now it looks great.  The inboard wing edges were also cut and sanded to align with the wing seal on the fuselage.  After many metal shavings, the wings look great as well. 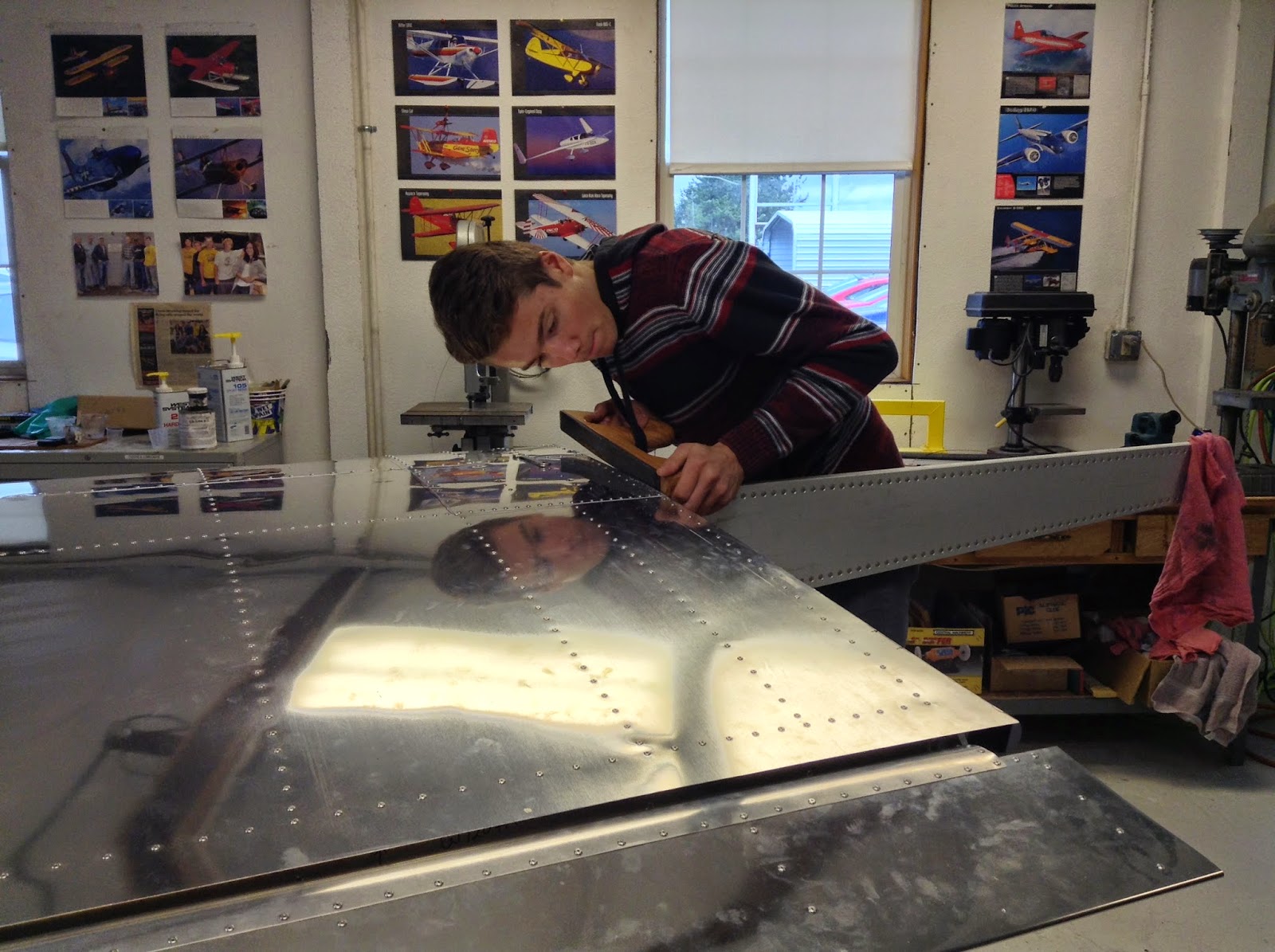 The lower cowling is finally nearing its last days of completion.  The reshaped section of the cowling has been sanded down to clear the cylinders and the radiator duct seal on the cooling duct has been adhered correctly.
See you in a couple weeks.  We'll be taking a break next weekend for the holiday.
Happy Thanksgiving!
Posted by TeenFlight Crew