One of the first tasks that was worked on involved the stabilator.  Some students were involved in replacing the left half of the stabilator due to a dent on the underside of it.  After a few hours of riveting and deburring, the replaced half was already in place. 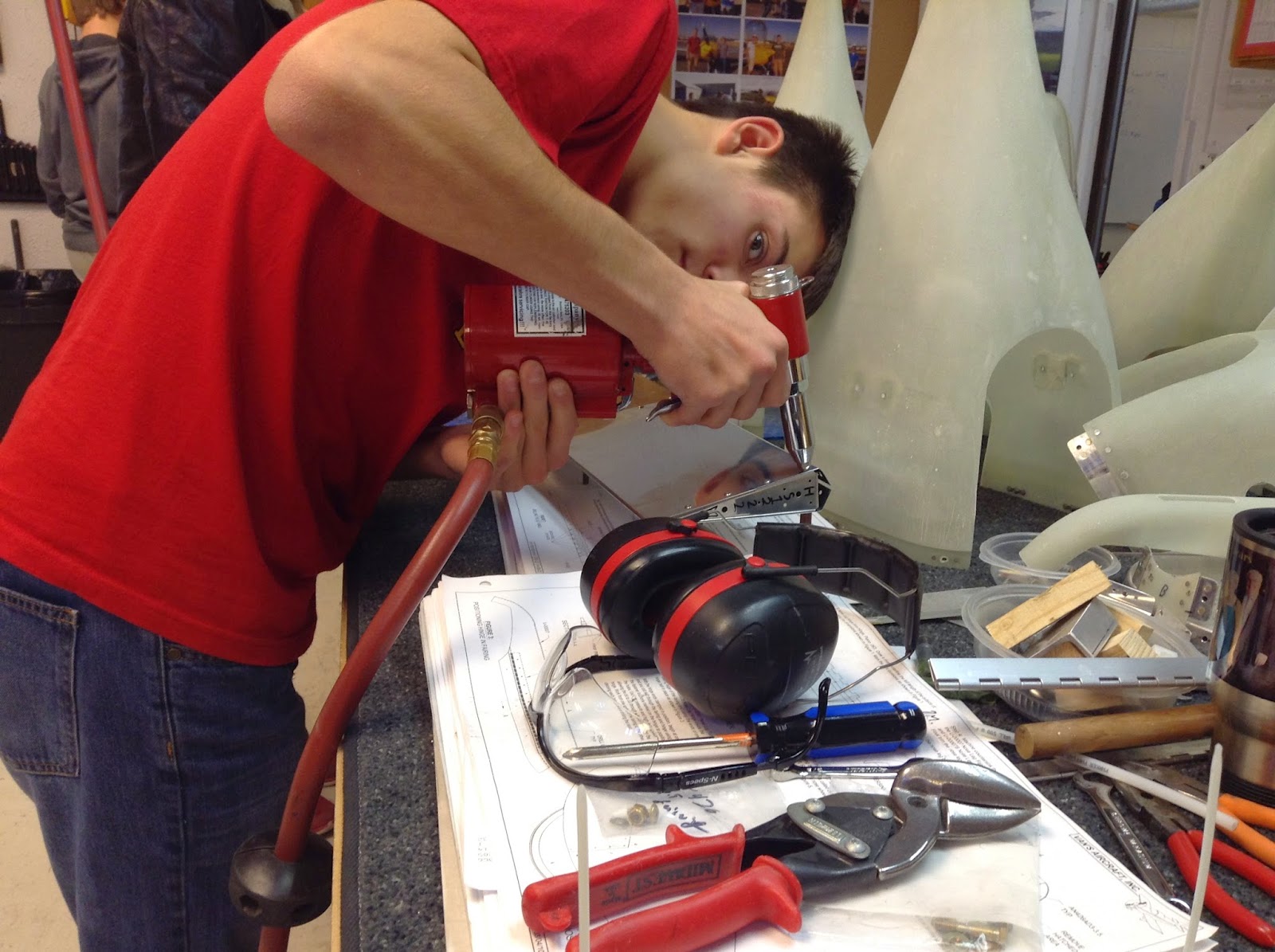 The oil hoses were connected, and due to oil being trapped in the oil reservoir, students also had to drain it out. 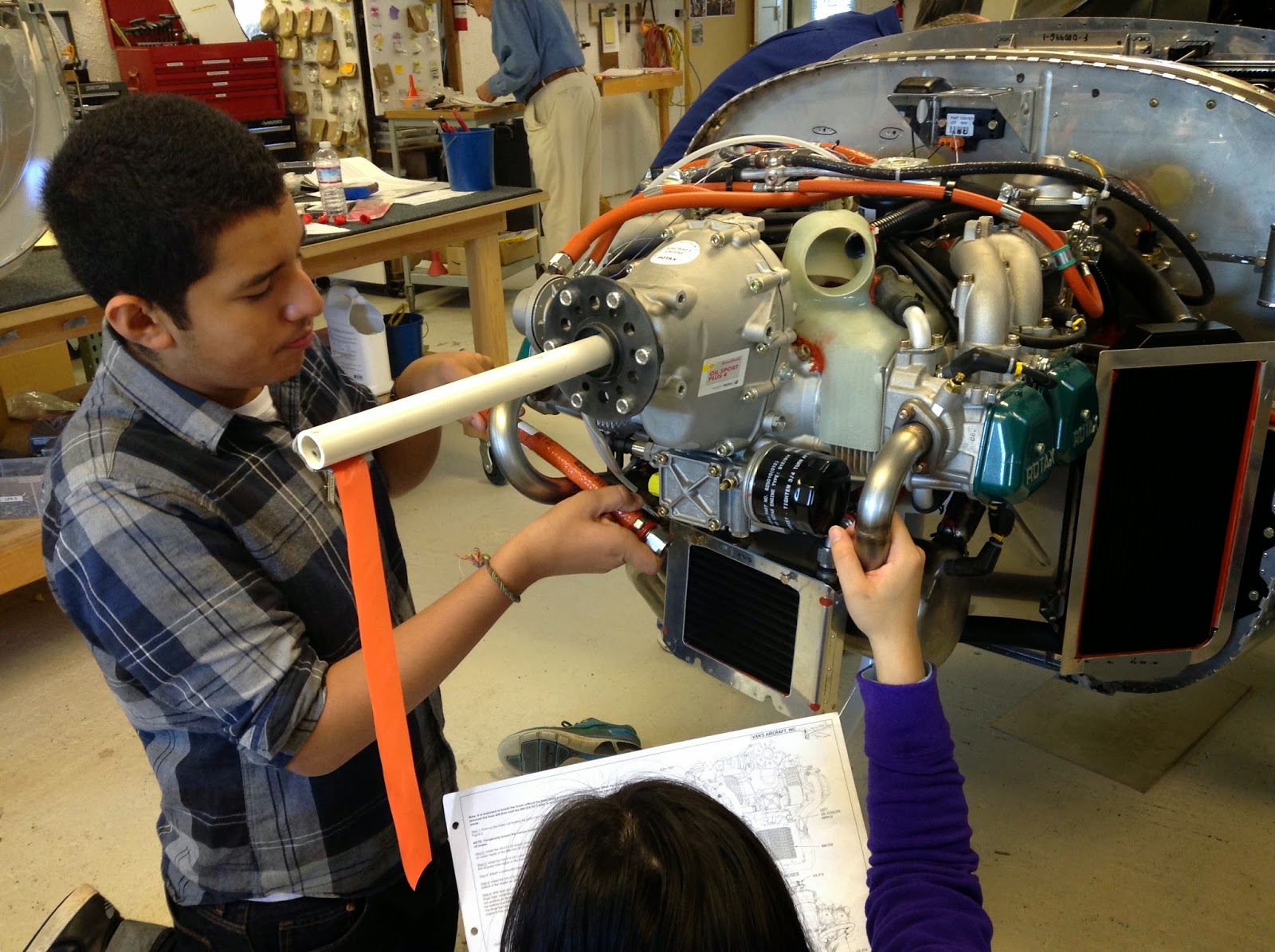 The fuel neck was taken out because it did not seal properly, and it has since been resealed to the skin of the aircraft. 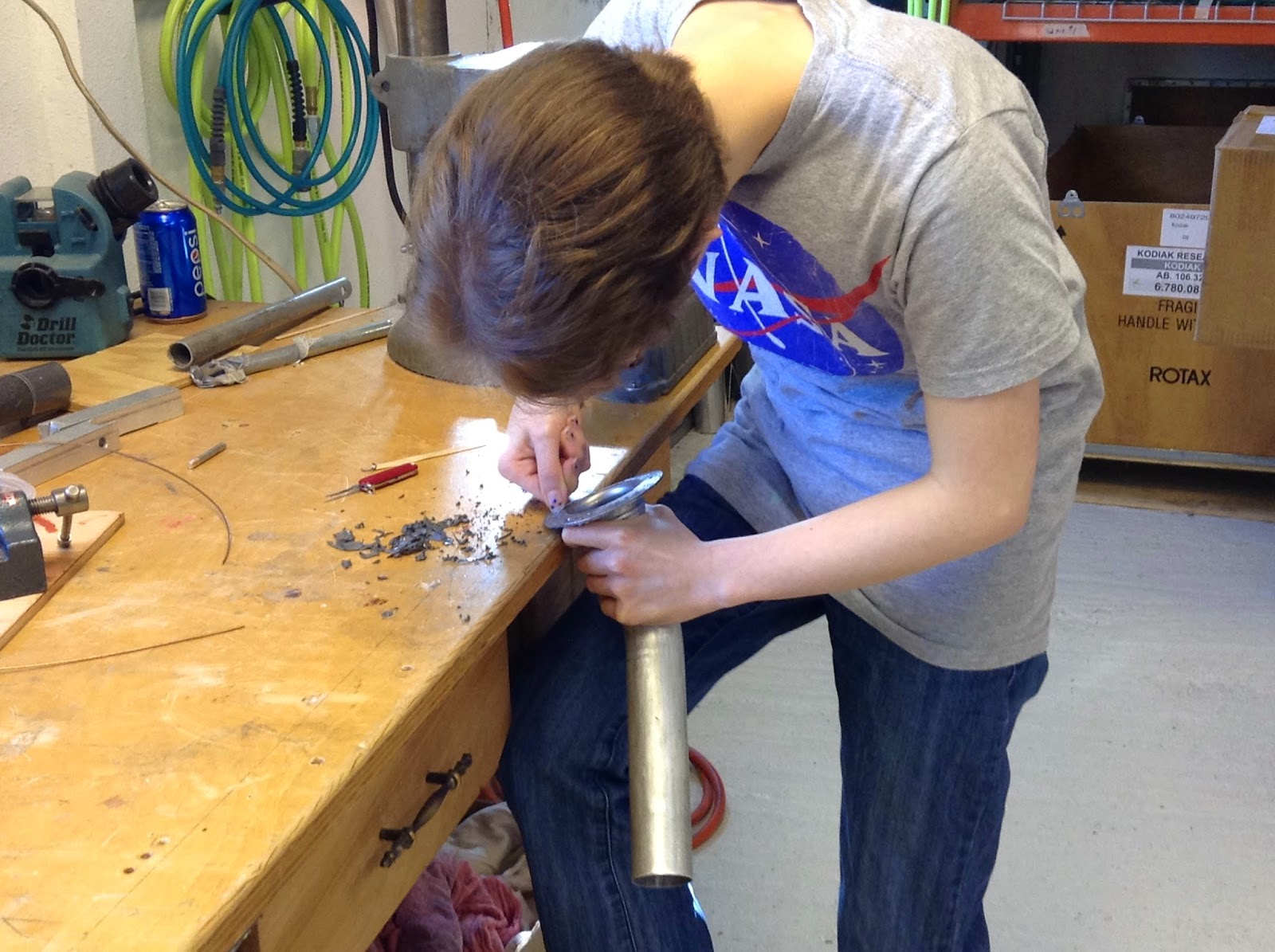 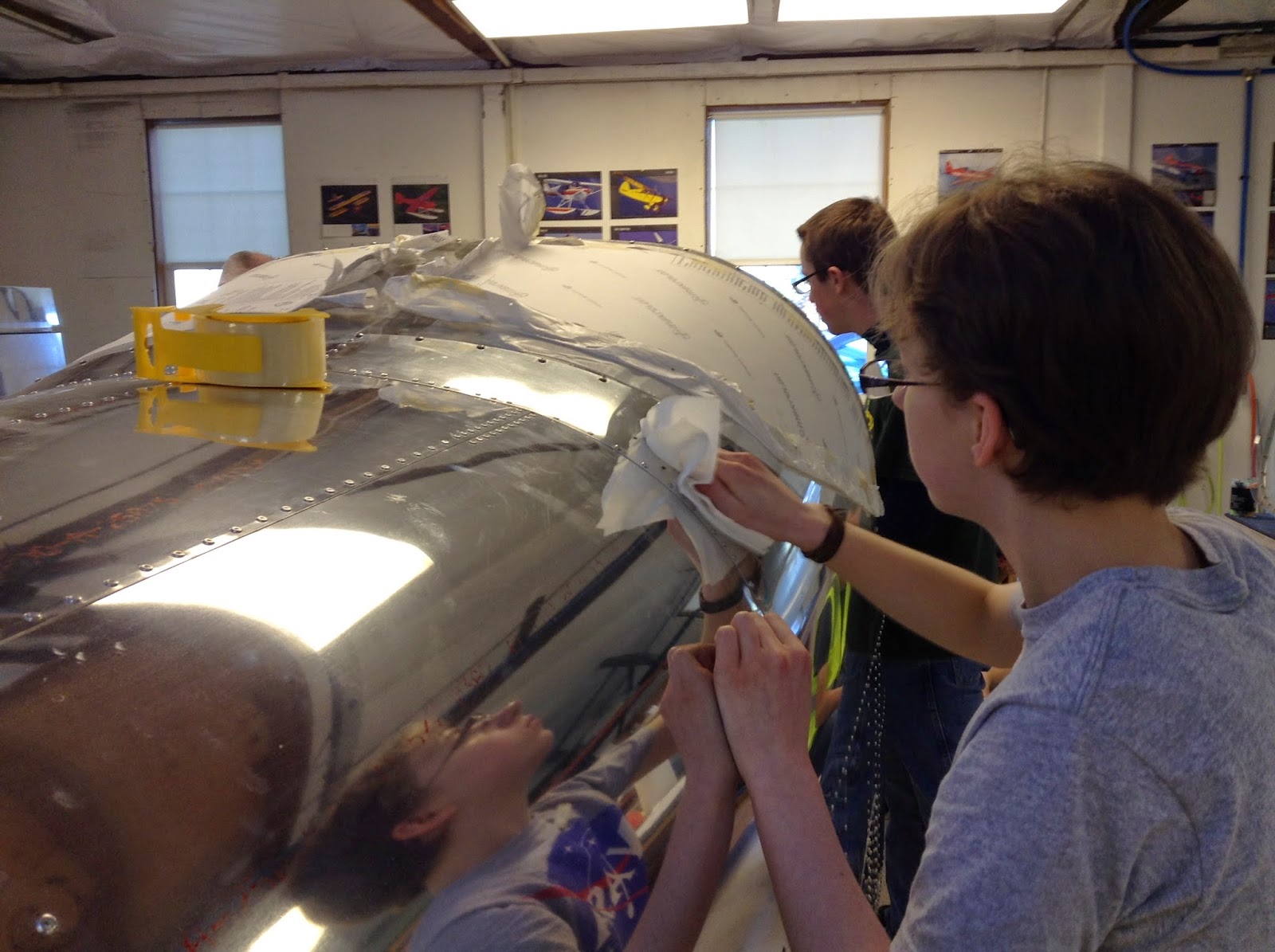 Of course, you can't have fuel without the fuel tank, so that was also reinstalled. 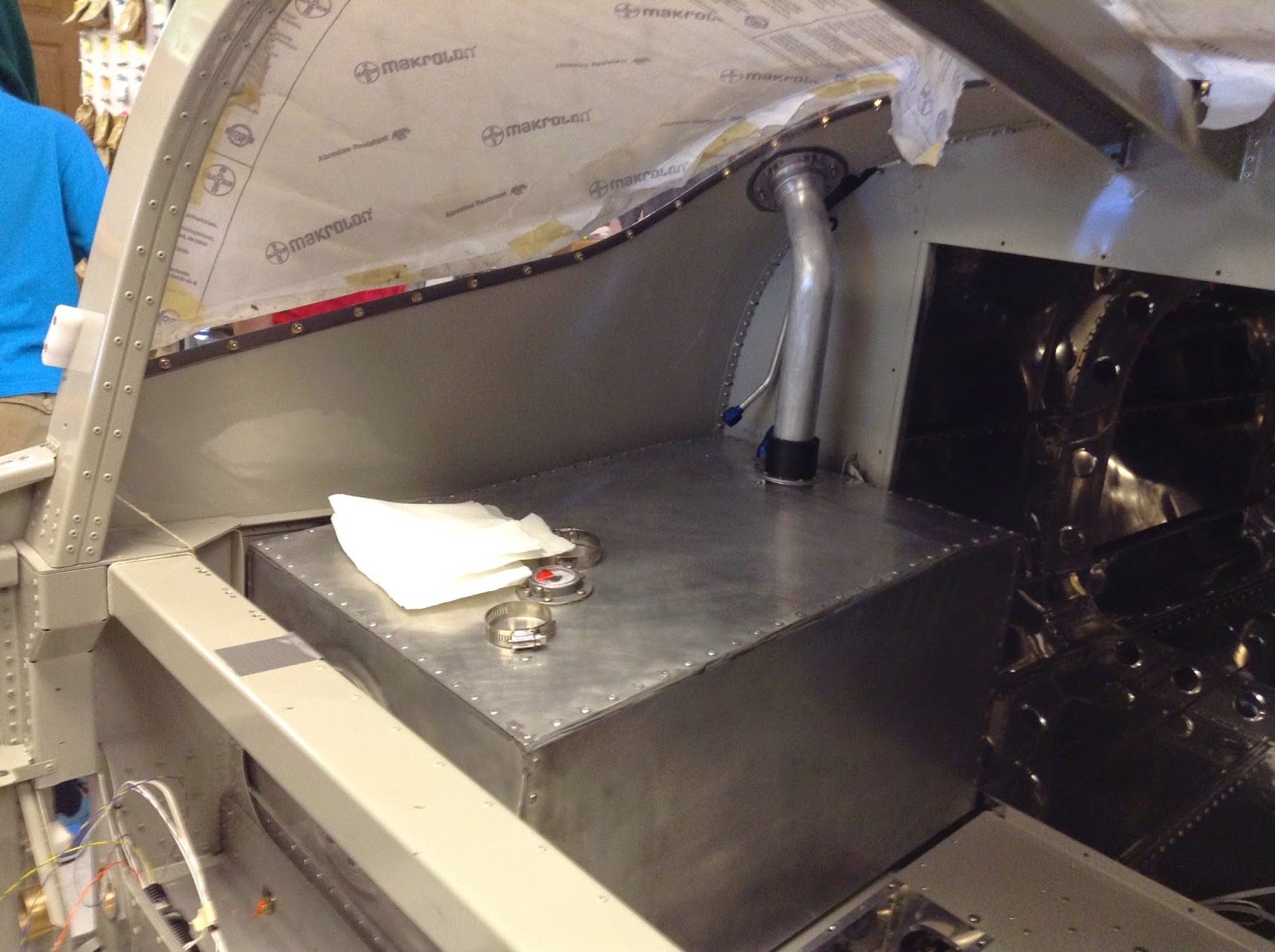 Other jobs that took place today involved the installation of some of the cockpit controls, which included the cabin heat knob and parts of the throttle.  Last week, the nose gear strut fairing hinge had trouble fitting correctly, and after more sanding today, there is a nice fit.  Also, more sanding and fitting continued on the engine cowling to prep for the installation of the heat shield.  Three sheets of heat shield were applied to protect the cowling from heat off the muffler, exhaust pipe and the four cylinders.  Little work was completed on the ELT today, due to parts that needed to be painted.  However, the details of the ELT wiring were analyzed and some wires were sautered into place.

Check back next week for more photos and progress on these items.
Posted by TeenFlight Crew