A lot of progress was made between TF3 and TF4 today.
As for TF3, the canopy seal was applied to the underside of the canopy frame for an air-tight cabin and the exterior of the plane was cleaned with acetone and denatured alcohol to remove any pen marks, tape marks and finger prints.  The upper forward fuselage skin was screwed into place as well as the panel which needed a few more screws.  Lastly, the plane was lightly cleaned in the inside for the final inspection taking place next week on March 14, 2015!
On TF4, the seat ribs and skins, the forward lower fuselage, and the main center section assembly were all continued.  On the seat area, the crotch strap brackets and the flaperon mixer arms were riveted to the seat ribs which is looking great! 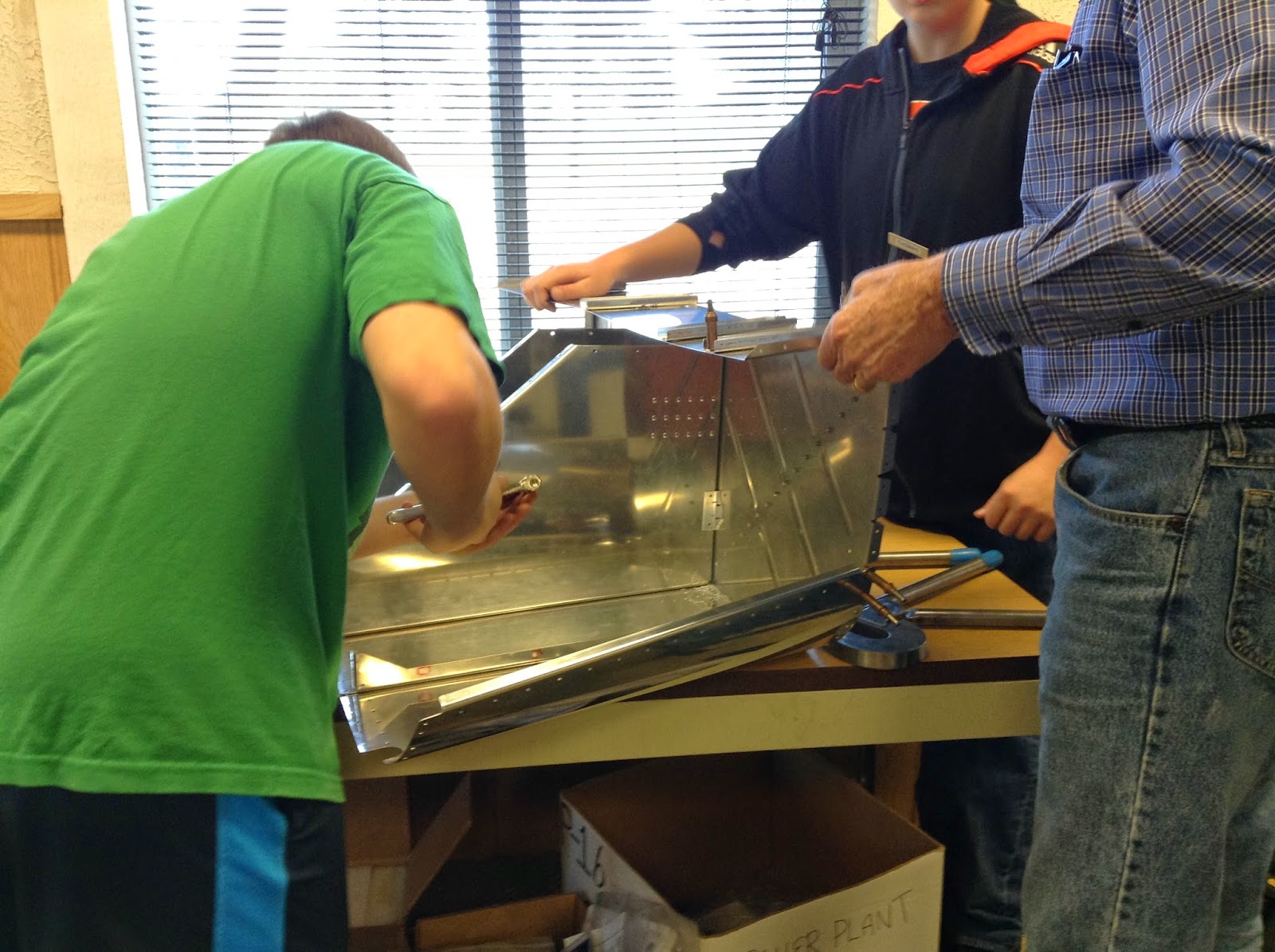 On the main center section assembly, most of the rivet holes were countersunk for flush rivets and work on the forward bulkhead side assemblies was also continued. 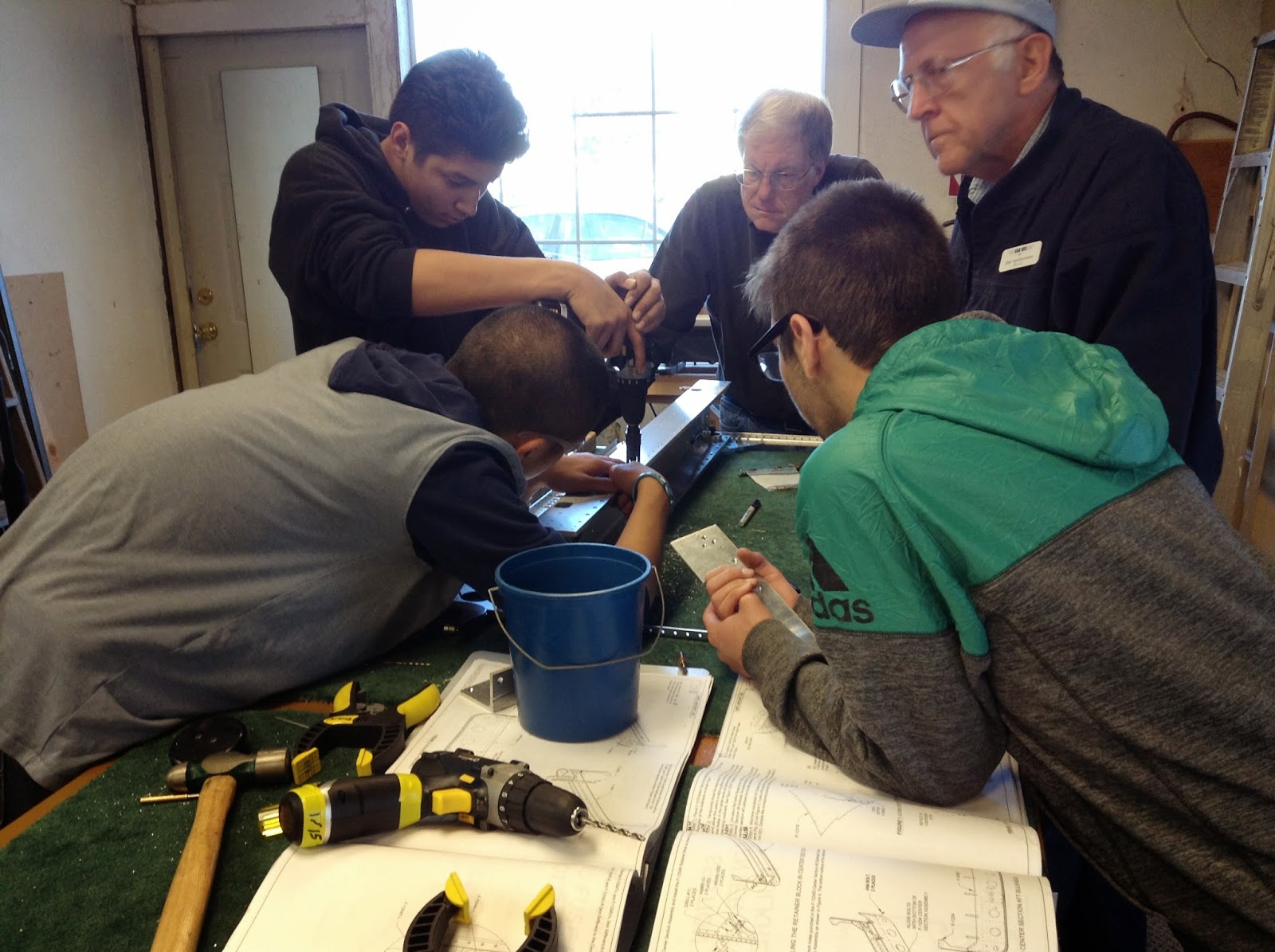 Stay tuned for next week as TF3 comes down to the wire with the final inspection!