Today was a great day as we near the finish of TF3 and keep digging into the new project of TF4.  On TF3, we worked on the fine tunings and adjustments that will be checked in the upcoming inspection possibly occurring in two weeks.  The magnetometer or compass was calibrated, and the brakes worked a lot better than before due to the bleeding of the brakes that occurred last week.  Work on the stall warning kept progressing and areas on the horizontal stabilator were trimmed in order to fit the empennage cowling correctly. 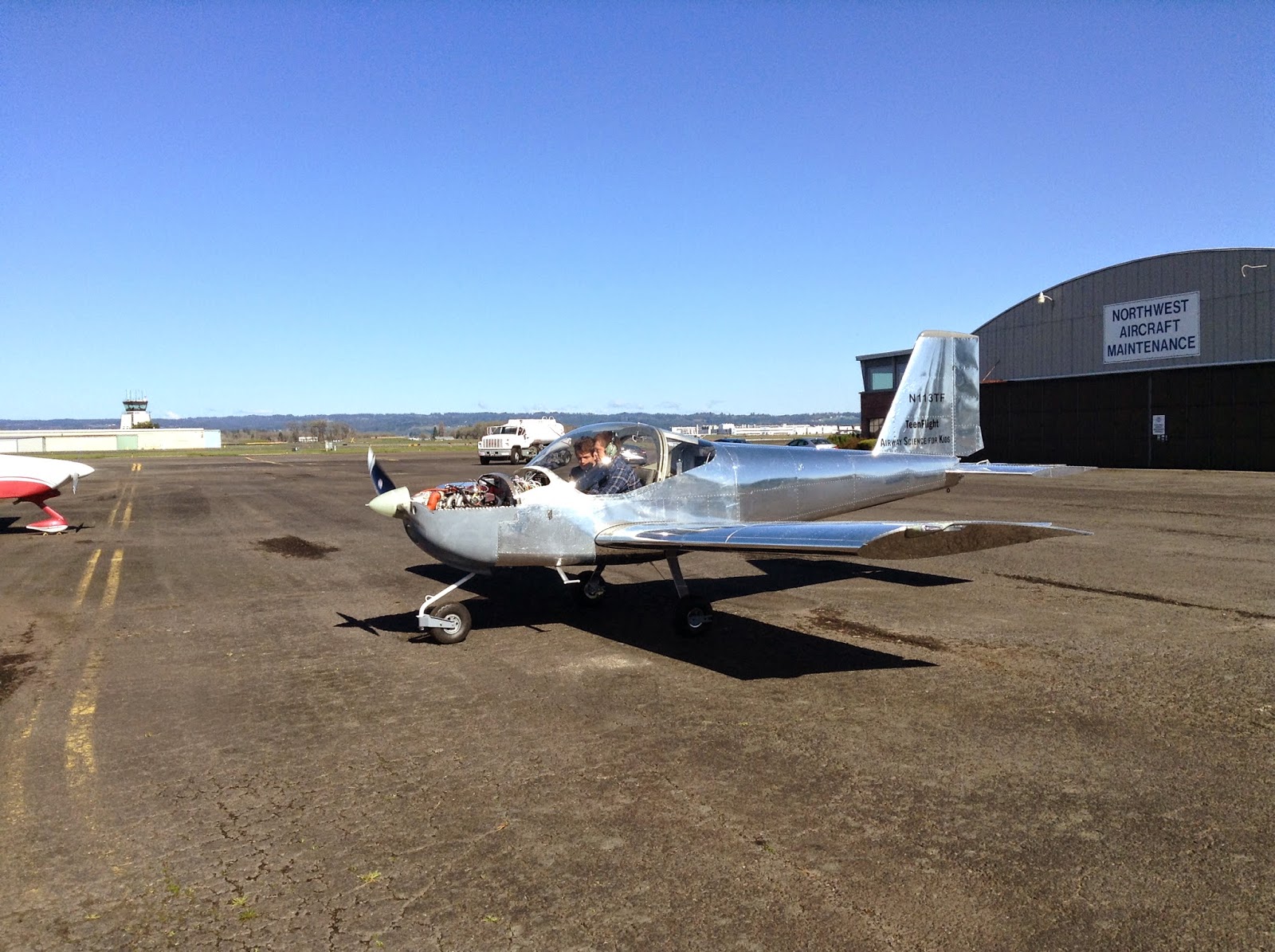 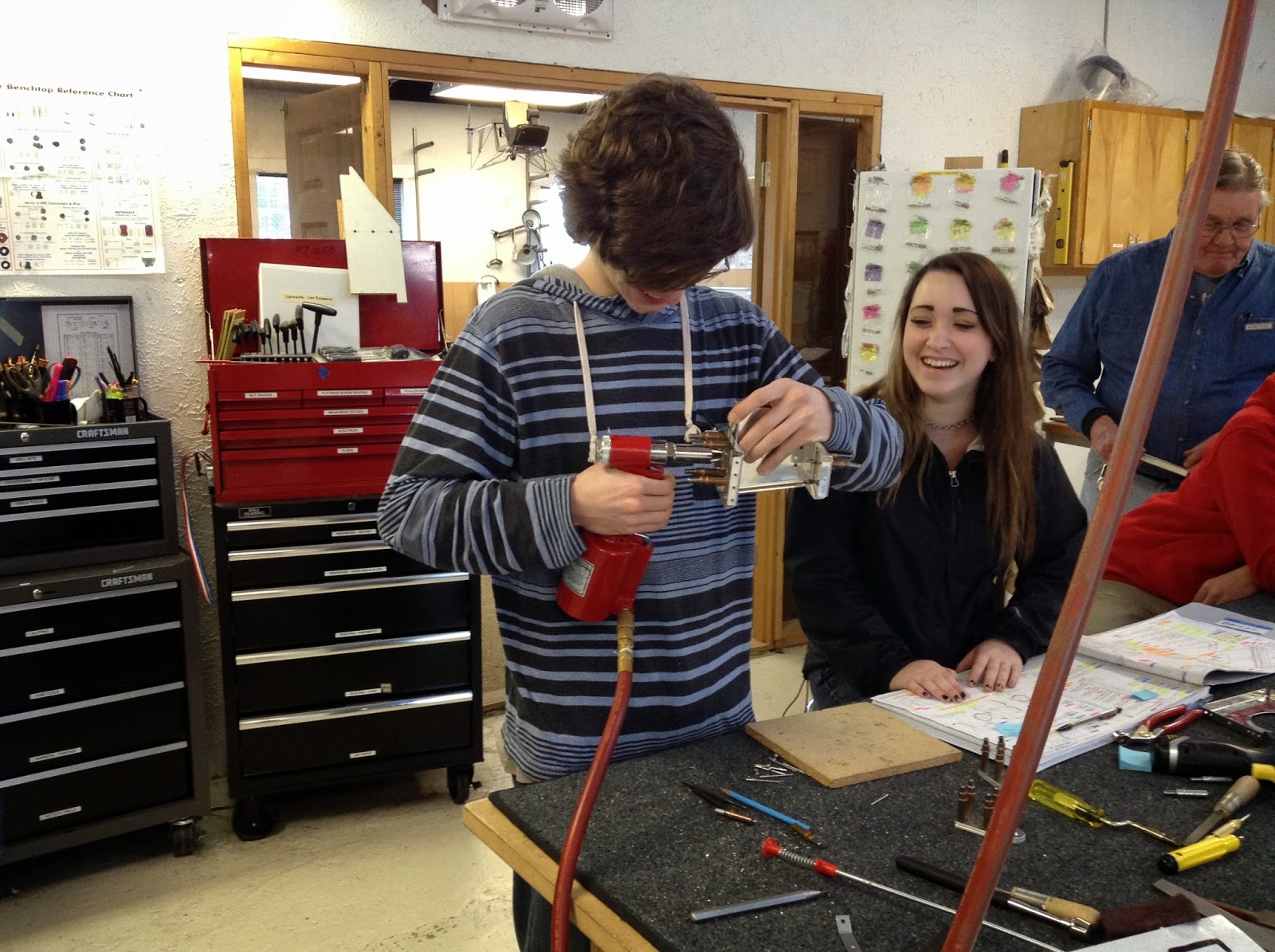 The forward lower fuselage was riveted together involving the tunnel ribs between the pilot and the passenger, as well as the firewall bottom, side fuse skins, and center fuse skin.

The main center section assembly was riveted together and drilled.  This is what the baggage bulkhead will be riveted to in the future. 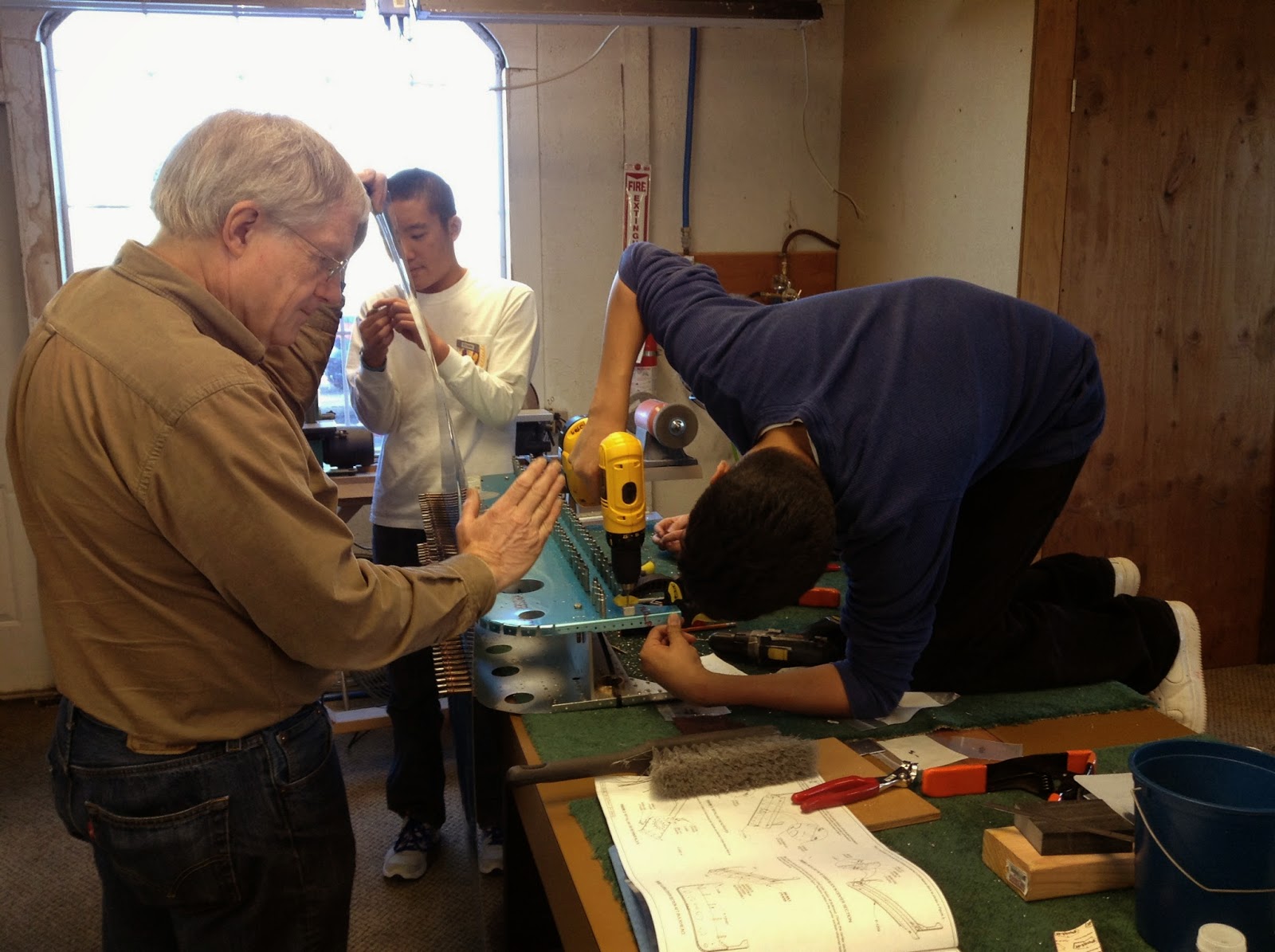 The seat ribs were deburred and prepared for future assembly with the seatbelt attach lugs installed.
The flaperon mixer arm was also finished which is used for moving the control surfaces. 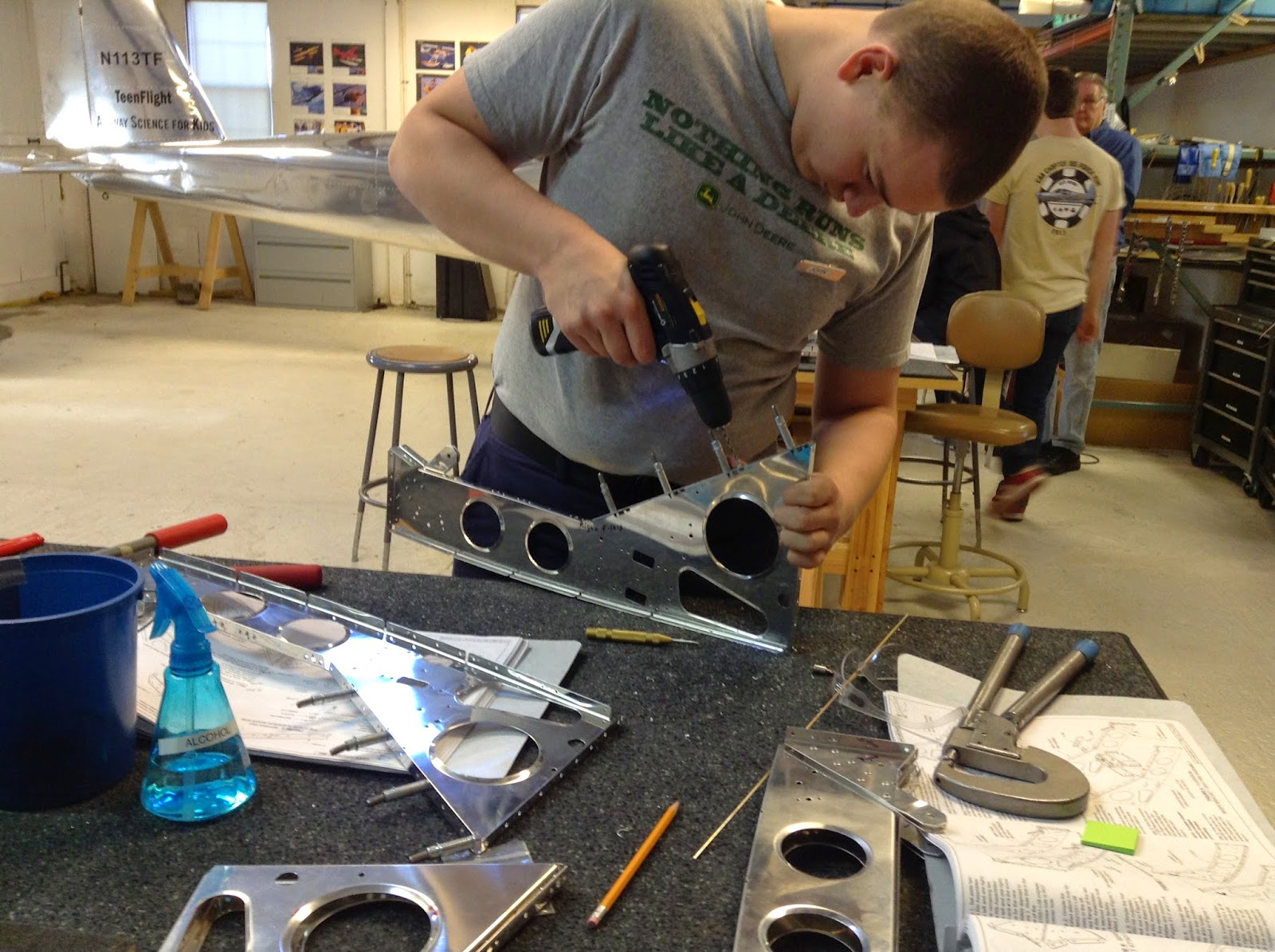 Tune in for more next week!
Posted by TeenFlight Crew