Today, many more tasks were worked on at TF4.  This included the riveting of the side skin, preparation of the wing spars, and the beginning of the fuel system.  As for the side skins, they were both riveted onto the bulkhead side channels and there were two mis-drilled holes in the longerons that were fixed with a doubling plate and rivet. 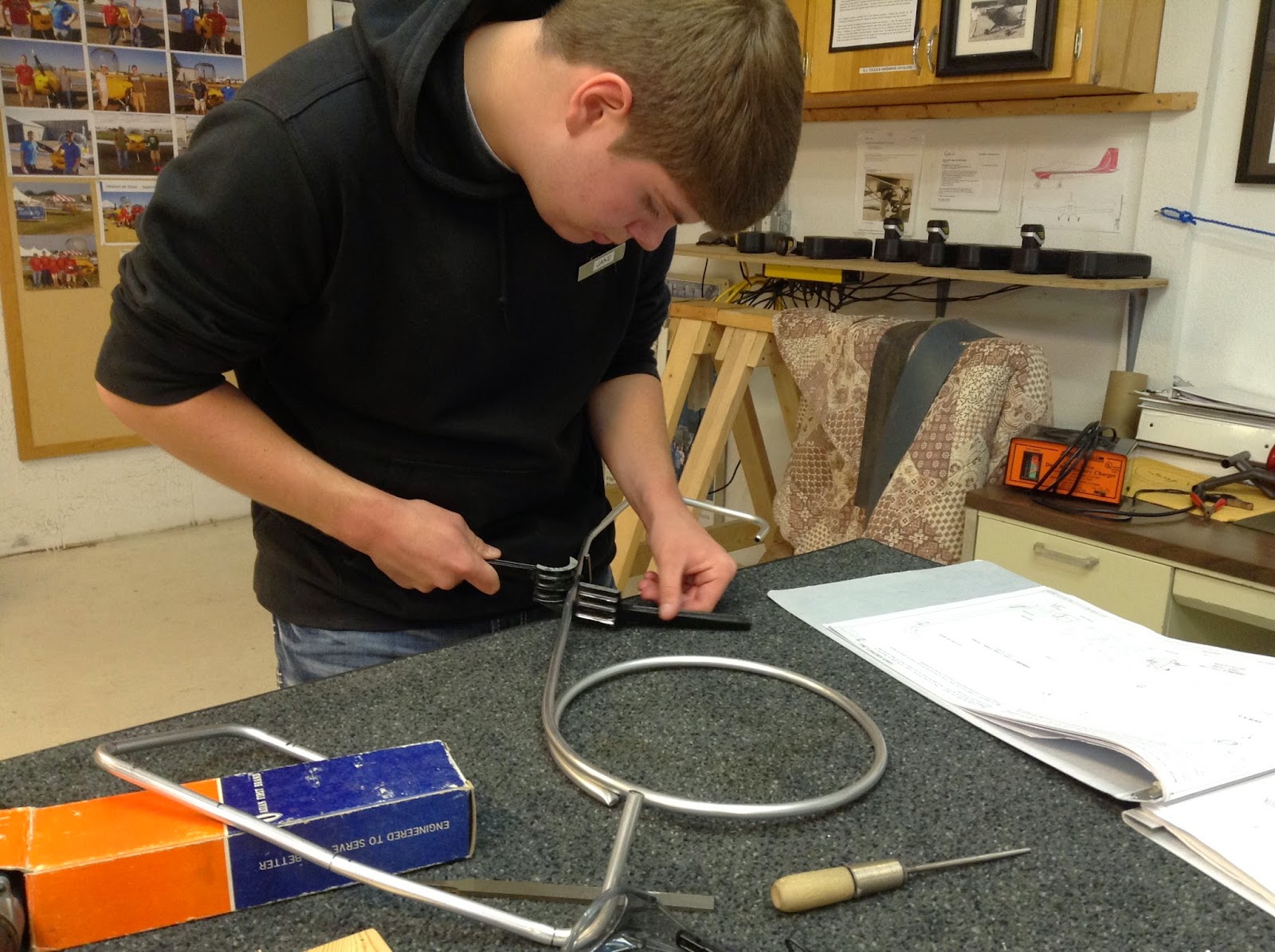 Check back next week for more progress!
Posted by TeenFlight Crew