Today was another great day at the hangar.  Many tasks were worked on, including the fuel tank, the wings, the canopy frame, and the forward fuselage.  As for the wings, the rib doublers and the rest of the ribs were prepared for assembly.  Also, the hinge assemblies for the flaperon were riveted to the corresponding ribs.

The fuel tank mainly underwent the somewhat messy job of using Pro-Seal.  The tank was double checked for finished work, Pro-Sealed, and then riveted together.  The fuel return line was also fabricated and prepared for installation. 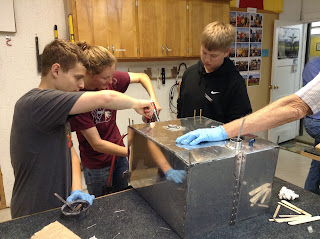 As for the wiring and upper fuselage, the headset audio jacks were installed and the panel attach strips were riveted to the forward upper fuselage skin. 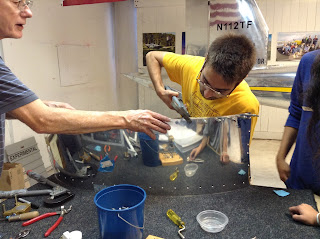 Canopy preparation on the skins. 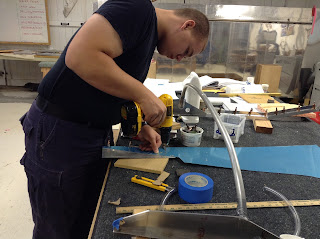 ﻿
Stay tuned for next week!