Currently at the TF5 hangar, progress is continuing on various fronts including the canopy, the landing gear assembly, the engine cowl, and the wings.  As for the canopy, it has been fitted and drilled to the frame.  The fiberglass work is set to start in the near future.  The engine cowl has also been trimmed to ensure a proper fit to the firewall. 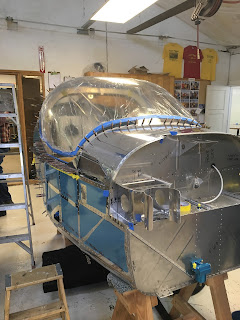 In addition, the wheels and landing gear struts are closer to completion.  The hubs and brake pads are currently being aligned.  Regarding the wings, work on the flaperon spars such as deburring and trimming has also started. 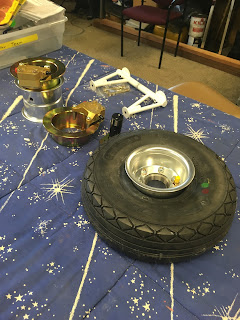 Stay tuned for more progress in the coming weeks!
Posted by TeenFlight Crew