According to the flow chart that we use at TeenFlight to track our progress, it claims that Saturday was actually week # 21.  I apoligize for the mistake and will correct it.  When TeenFlight 2 started we had 44 weeks until EAA Oshkosh 2012 (our goal) which means that next week will be "hump" week.  With that said, our build is not quite half-way done, so we will need to pick up our pace. 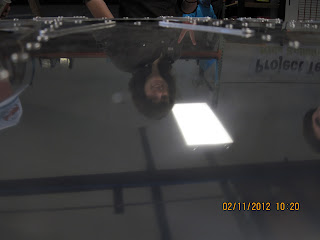 The first thing that we did was rivet the bottom skin to the bottom of the fuselage.  The forward lower firewall section was attached soon after that as well.  We also got the steps attached and torqued into place. 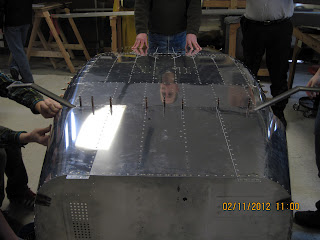 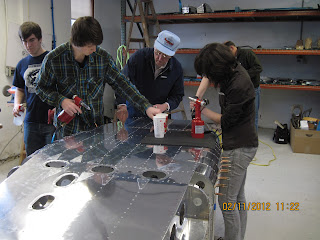 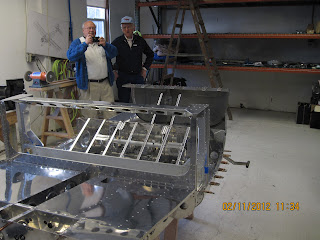 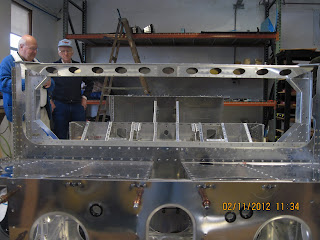 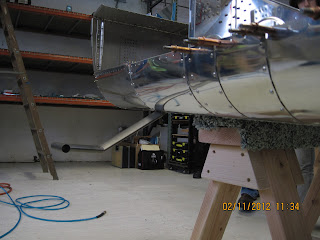 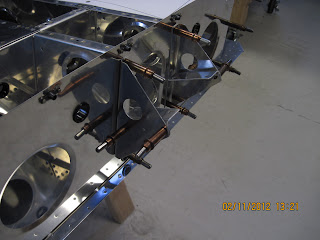 Most of the rest of the team worked on the forward upper firewall and the attach points. 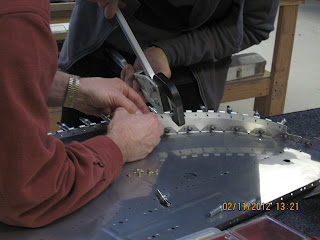 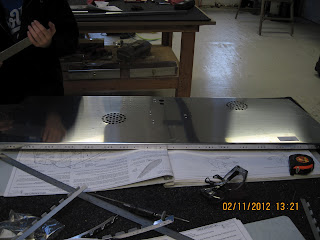 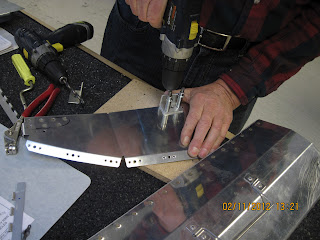 Some of the empennage attach plates were worked on some more. 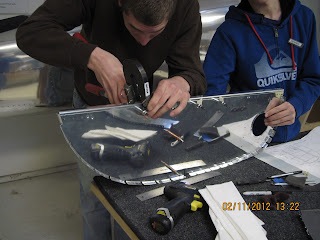 After two weeks of struggling, we finally got to the point of attaching the longerons to the sides of the fuselage. 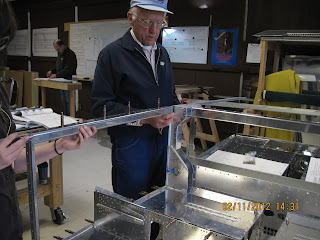 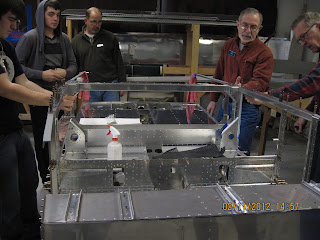 It is really starting to look like an airplane.  The pieces are coming together with more tangible evidence of what we can see.  The finising kit is on order and is scheduled to arrive in a few weeks!  We are still setting our sights on Oshkosh 2012.
Posted by TeenFlight Crew