So day 24 was actually split into two parts: a midweek Tuesday session, and the normal Saturday session.

Tuesday was the rumored scotch-brite party.  It went well and was attended by three of the team members and the team leader.  We accomplished what we were hoping to and completely prepped the fuselage for paint.  The fuselage was shipped to the Van's Aircraft factory in Aurora on Wednesday to be painted in the prototype shop, but it was not begun until Friday and therefore not at TeenFlight for us to work on on Saturday.


Notice the "roughed up" look that the scotch-brite leaves on the otherwise polished aluminum skins.  This helps the primer and paint to stick.﻿ 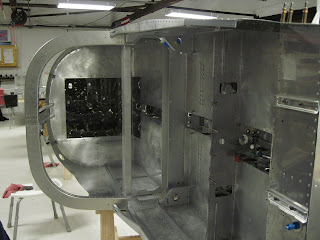 Proseal for the steps and the beginning work on the fuel tank. 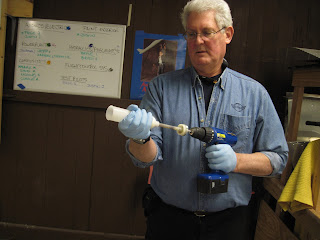 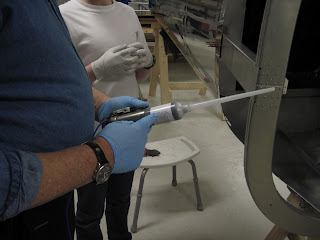 Proseal is probably about the coolest adhesive on earth!
Left: The antenna shaped piece of proseal came from the applicator tip (pictured above).
Right: The left over proseal was discharged into an old cup and rivet stems were added for rigidity to make a sort of hockey-puck. 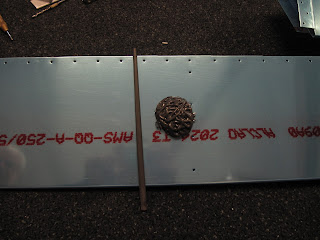 Isn't this just a teenager's heaven? (and maybe inspiration?) 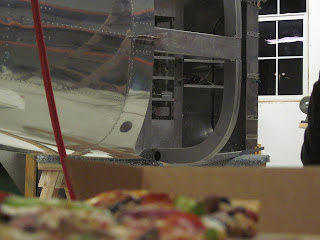 The Saturday session went very close to normal with maybe not quite as much progress.  Last week the team riveted one of the left wing skins onto the wing, although this week they decided to take it back off again because of a dent in it.  This meant drilling out upwards of 200 rivets and potentially damaging the wing ribs.  However this didn't happen and everything turned out alright.  One mentor had the oversight to even supply an extra skin, so very minimal production time was lost. 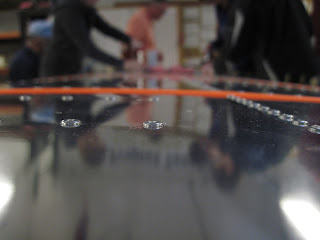 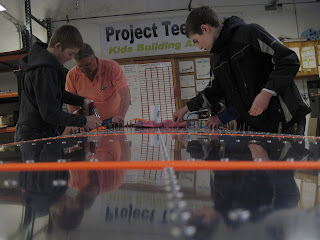 More work on the fuel tank was completed. 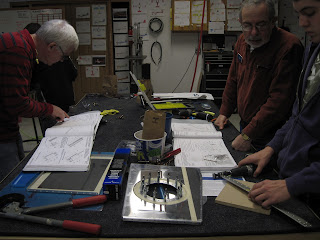 Because the fuselage had not yet been returned, other projects saw some attention, such as this right  flaperon.﻿ 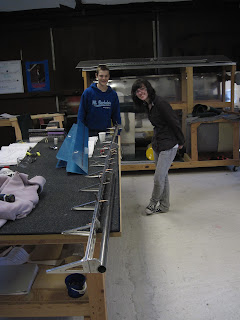 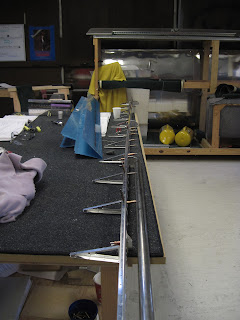 Finally, it was amazing how clean we could make the hanger look if we dedicated ten minutes to some clean-up. 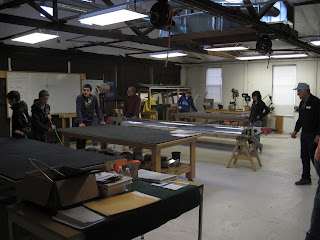 There will be no midweek session this week however the fuselage should be back for work by Saturday.
Our sights are still set on flying by late June.
Posted by TeenFlight Crew