This Saturday, the TeenFLight crew expirimented with a new sort of mentor : student ratio.  As shown by the pictures below, there was a lot of progress, and not all of it was just visual progress either.

The same dedicated student has been grinding down the canopy for four weeks now.  It is finally nearing the fuselage fittment stage. 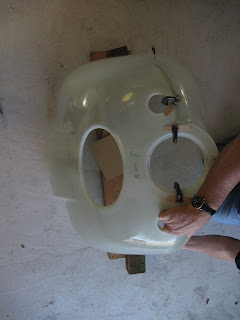 
The biggest part of the day was the wing fittment.  Both sides were slid into their slots and locked down with pins.

The left wing slid in first, just after lunch. 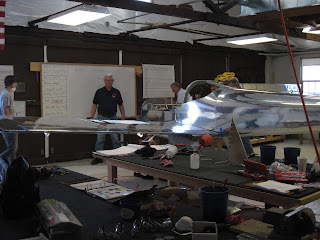 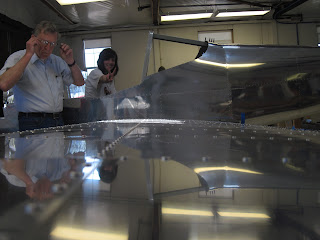 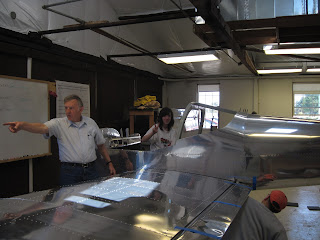 On both wings, a skin on the fuselage interfered with the fittment of the main spar.  A die grinder was utilized and some material was ground off. 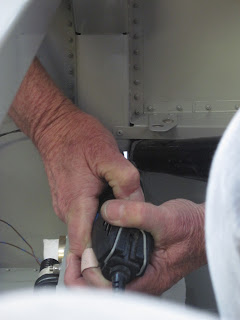 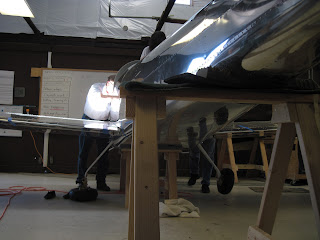 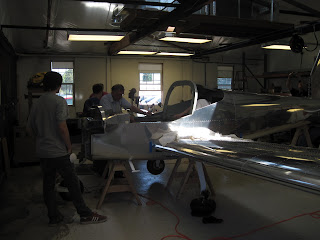 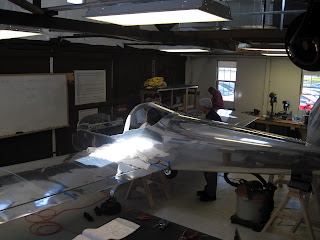 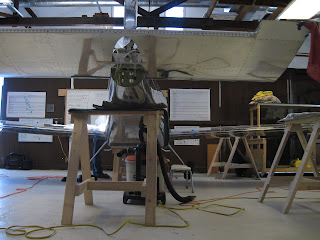 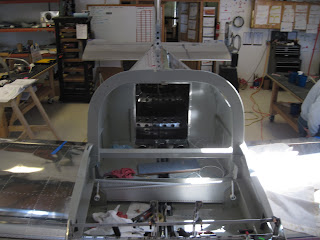 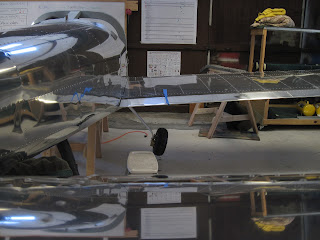 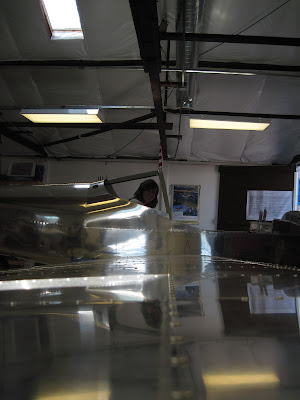 The team working on the control cables, discovered that the control stick stops were installed upside down.  A mentor worked all day to correctly correct this problem.  They also finished installing the flap actuation handle, and began to drill the flaperon torque tubes.

This shows the flaps down position. 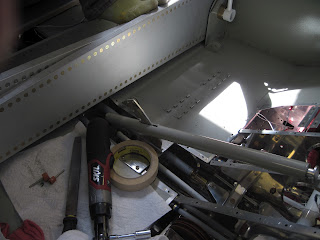 This is the flap "half-way" position. 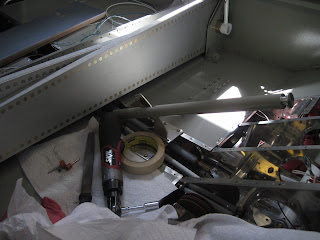 And this is the flap up position. 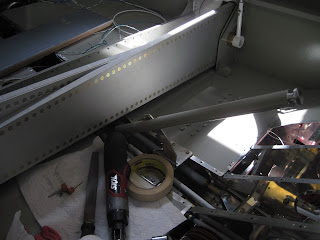 These are the flaperon torque tubes. 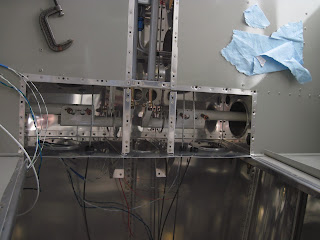 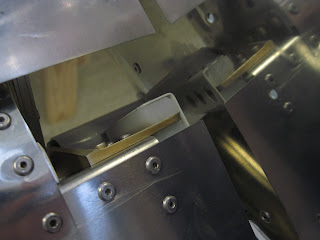 TeenFlight will be meeting next Saturday, and if the weather is nice the hangar door will be wide open. 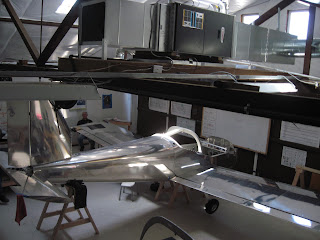