As we flipped through the plans, we came across a page that somehow we had skipped over.  A wire retainer was supposed to have been installed underneath the firewall shelf and above the rudder pedals.  We laid down in the airplane for quite a while with a mirror and flashlight before we were finally successful. 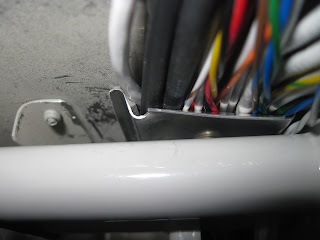 We installed the hinge and latch in the map box to complete it. 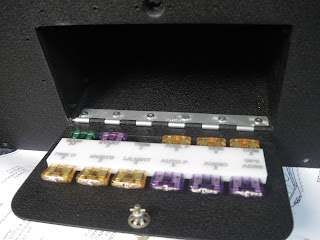 Throughout the day we installed both wings and trimmed the both wing roots in order to make room for the foam/rubber seal between the wing and the fuselage. 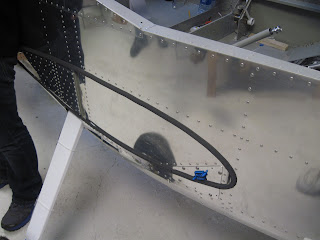 A few of us wired up and attached the cabin light.  It is a small, red LED that is meant to illuminate the cabin at night with a nice red glow. 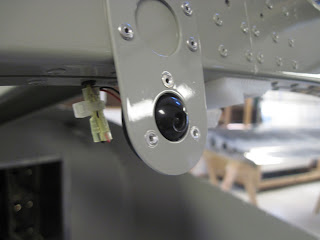 Also, while the wings were on, we tested the wingtip lights.  The lights did not do exactly what the switch told them to, but after looking on a mentor's IPad, we found a recent notification that two of the wires in the harness had been inserted wrong at the factory.  Unfortunately, we did not have the tool to extract the micro pins, but thankfully we now know what the problem is and will be able to fix it. 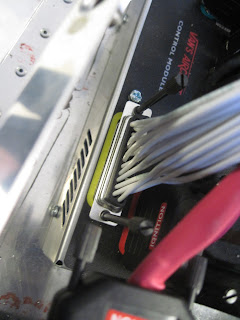