It was a noisy day at the hangar.  As for TF3, we rolled the plane out and started the engine.  We performed tests including flaperon clearance, stabilator tuning, and the balancing of the carburetors.  Overall, the tests went smoothly and the carburetors were balanced, creating the necessary same fuel- to-air mixture.  The wings were installed to the fuselage and they still fit great. 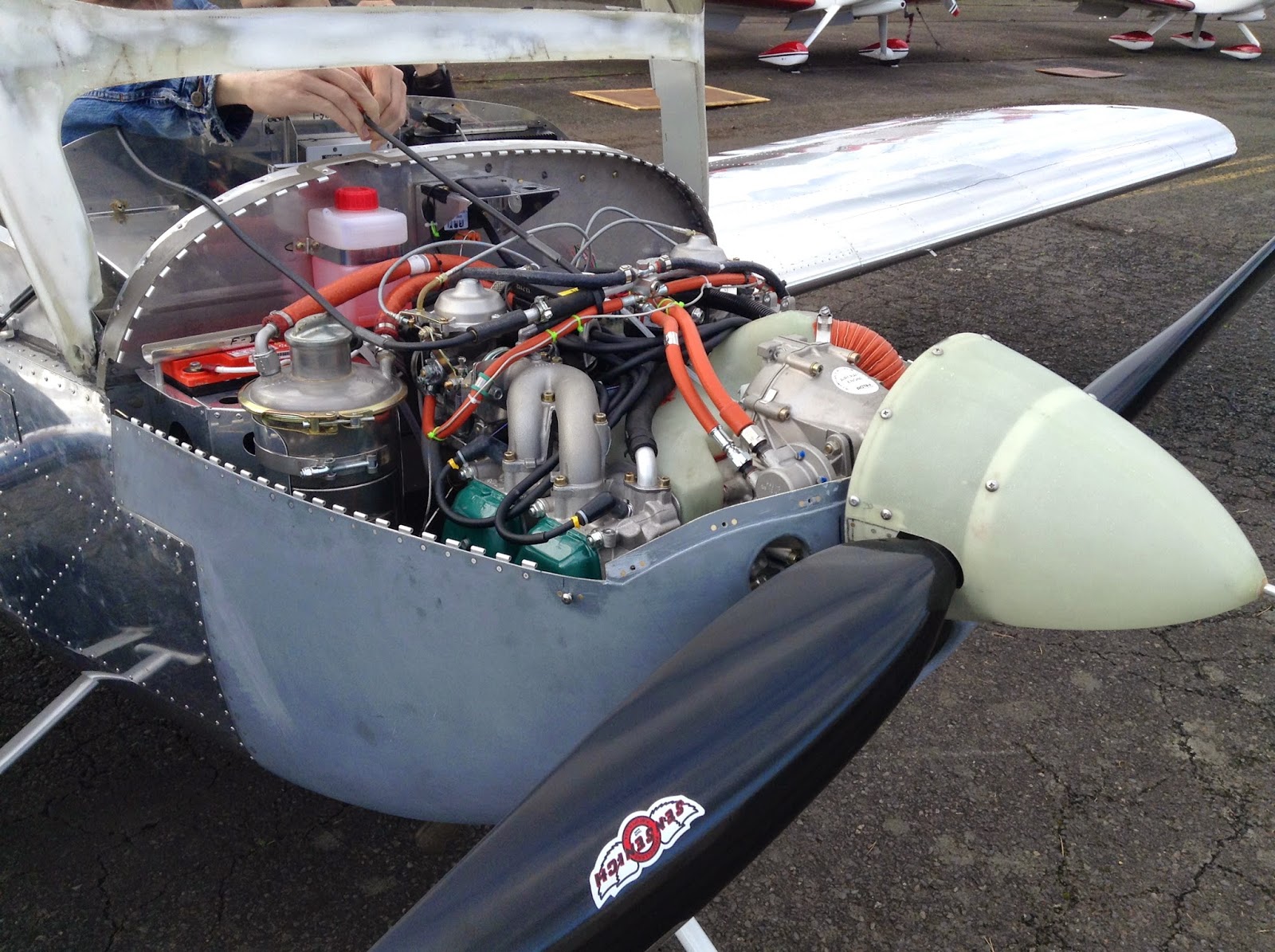 Inside the hangar, the TF4 students kept progressing toward completing their toolboxes.  Most of the students had the chance to work with a new tool called the "C Frame" which can be used to dimple and rivet using taps from a hammer.

Most of the students finished their toolboxes after more deburring, riveting, drilling, and dimpling.  This is an example of a completed toolbox.  Nice job!

Tune in for more progress next week.  See you then.
Posted by TeenFlight Crew