Well, the excitement of wing attachment appeared to be short-lived, as the wings were taken off today for adjustments. As removable wings, they required smooth installation and detachment in order to make them functional features. So some students and mentors spent the majority of the session helping make modifications to the flaperon controls and the wing attachment components. 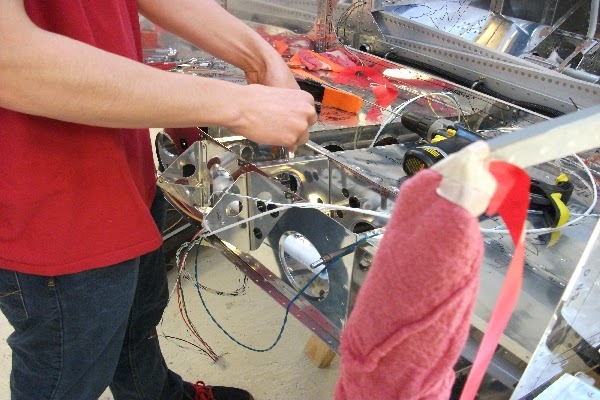 The final steps were completed on the tailcone. With all sides riveted on, the assembly now stands upright in the corner awaiting further attachment. A couple of students helped with the servo tray and pushrod assemblies. 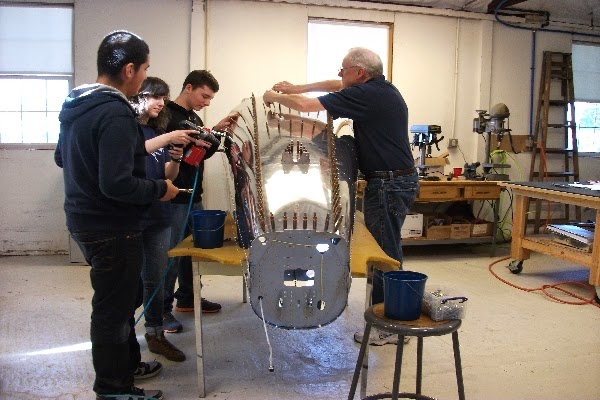 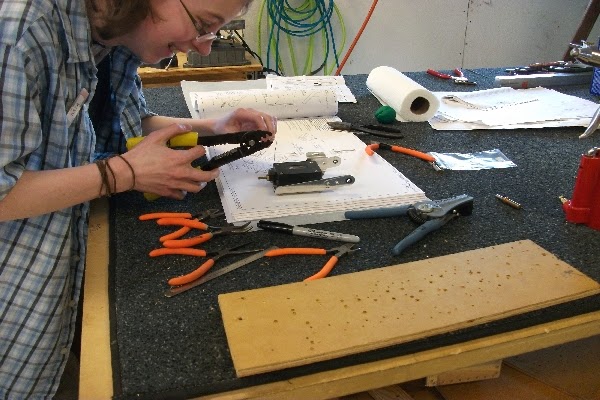 A student worked on the landing gear, specifically the wheel and tire assemblies, dusting the tires with talcum, installing the brake disc and wheel halves. Another student was occupied with constructing the fuel tank, countersinking, riveting, as well as some sealant application. 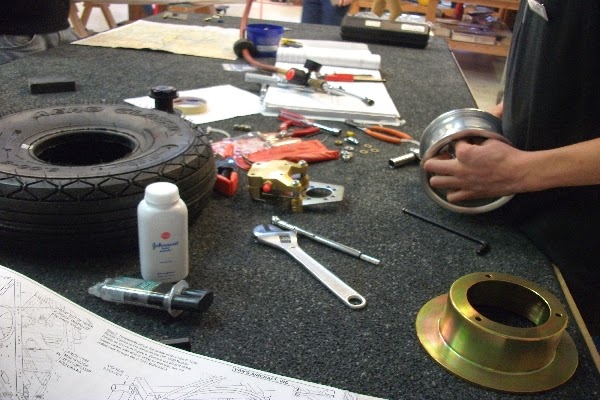 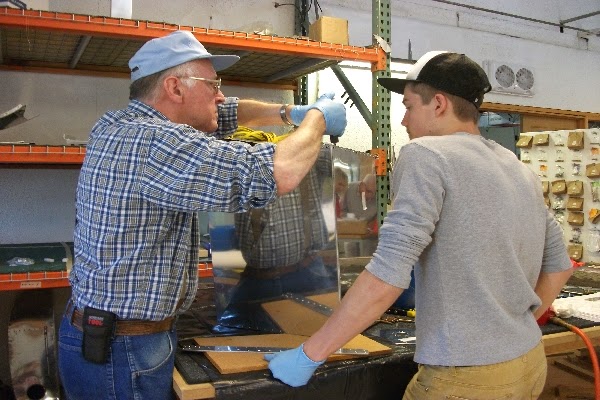 As for the wings themselves, the tip light extensions were placed on and reinforced with some “flox” (mix of cotton fiber and epoxy). 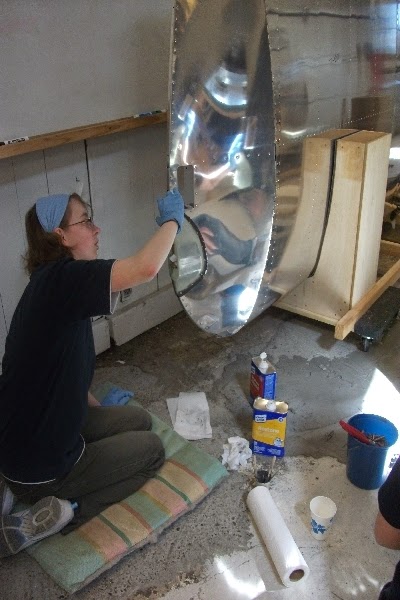