The plane's interior will be painted later this week, so a few students spent the day scuffling and scrubbing the cockpit clean. And that includes the tight spots, too! 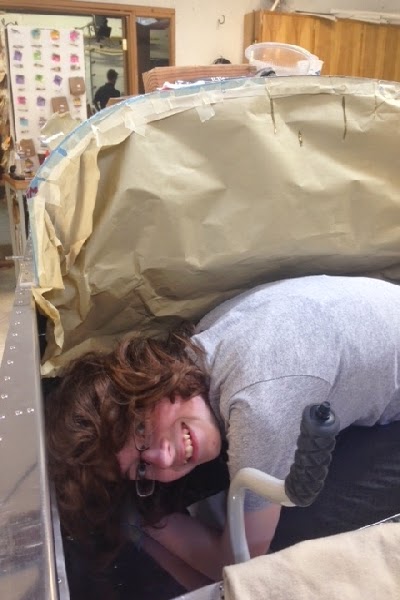 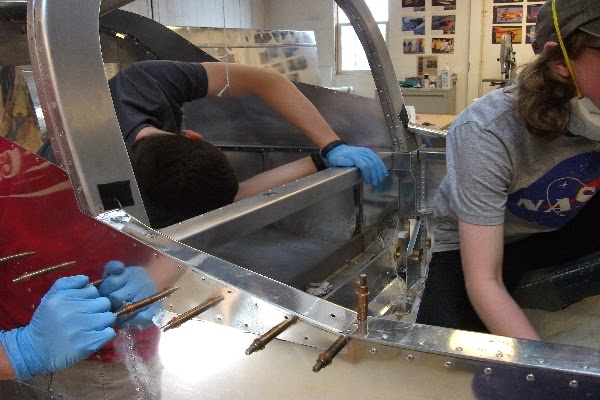 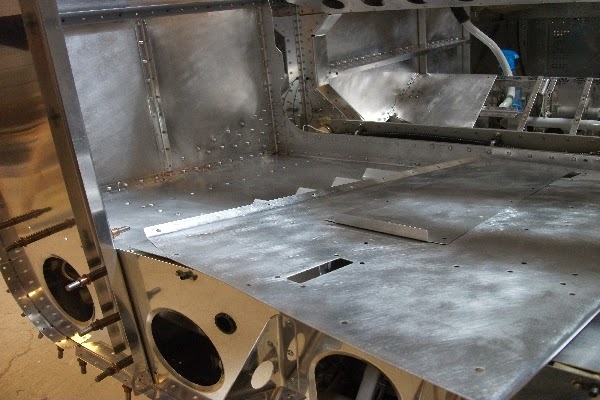 While work was being done inside the cockpit, the canopy was detached and the epoxy resin on the fiberglass was sanded down.

The vertical stabilizer skins were riveted on to the skeleton assembly, completing that section. The group then moved on to rudder construction and began some deburring and match-drilling. Spar caps were positioned and riveted onto the main spar component. 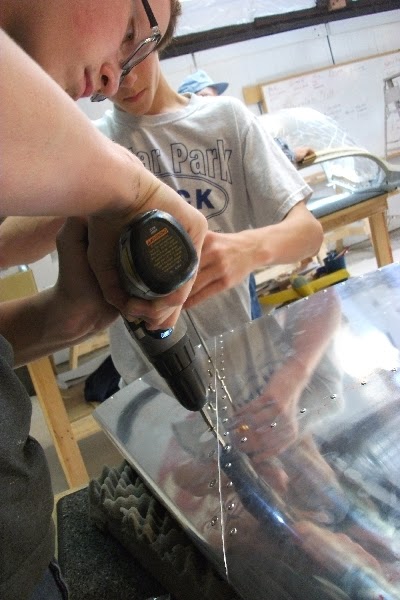 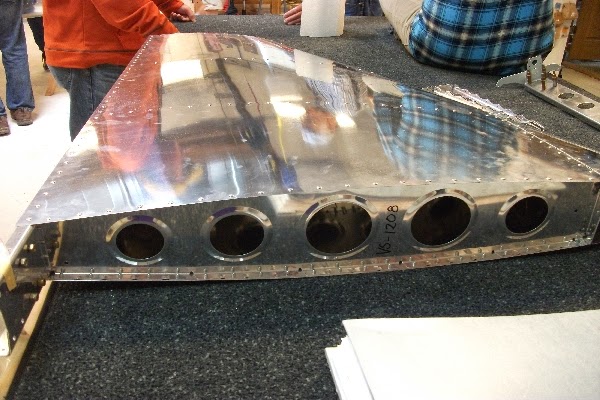 The engine group worked on attaching the fuel return assembly and cleaning up some pieces with acetone. Additionally, some work was done on the spinner assembly. Specifically, the spinner was trimmed and sanded, while the pitot tube was installed. 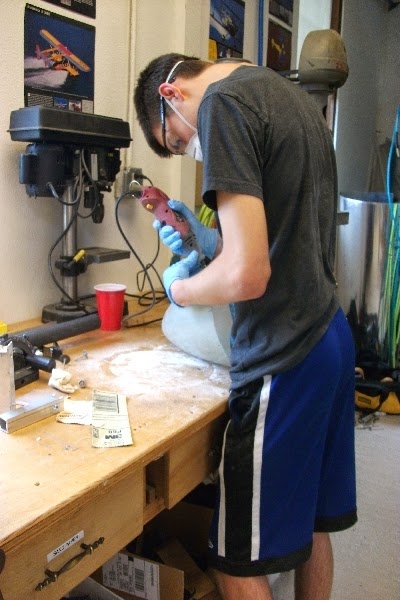 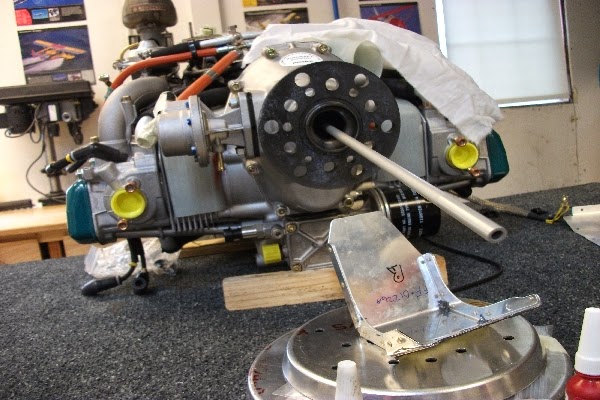